Did you know the pope in the 1400s legalized gay sex during the summer months? Discover more here

1 Some of the world’s oldest rock paintings which were discovered in Sicily, made about 10,000 years ago, showed two male phallic figures having sex.

2 Ancient Roman historian Plutarch wrote about The Great Mother, an intersex deity depicted with both sets of genitals. Her sacred priestesses, as found in the earliest civilizations in Babylonia and Akkad, were eunuchs and trans women.

3 In ancient Assyrian society, if a man were to have sex with another man of equal status, it was thought that trouble would leave him and he would have good fortune. 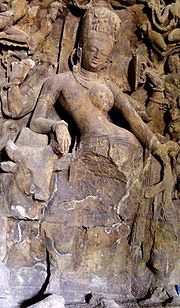 The Hindu god Shiva is often represented as Ardhanarisvara, a unified entity of him with his consort Parvati. This sculpture is from the Elephanta Caves near Mumbai.

5 In Egypt 1503 BC, Hatshepsut became the second woman to rule and chose to take the title of king. She donned male clothing and wore a false beard. 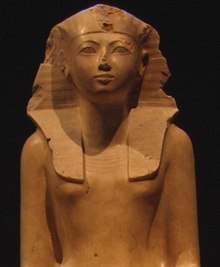 Statue of Hatshepsut on display at the Metropolitan Museum of Art

6 Julius Caesar and Claudius were considered ‘abnormal’ for refusing to take male lovers. Julius had, at least, an affair with Nicomedes, the king of Bithymia, as a youth.

7 Ancient Celtic men openly preferred male lovers. According to Diodorus in the 1st century BC, he wrote ‘young men will offer themselves to strangers and are insulted if the offer is refused’. Sex between men was very likely an important ‘bonding ritual’.

8 One of the first Roman emperors, Elagabalus, could have been transgender. Before dying at the age of 18, it was reported the emperor had married a male athlete and would go out disguised as a prostitute.

9 Wales had a gay king. King Maelgwn of Gwynedd of the sixth century was described as ‘addicted very much to the detestable vice of sodomy’.

10 St Thomas Aquinas, a priest from the 1200s, is considered the father of homophobia. At a time when homosexuality was often treated as an ‘open secret’, he preached widely that it was ‘unnatural’, similar to bestiality, and argued sodomy is second only to murder in the ranking of sins.

11 Pope Sixtus IV, of the 1400s, was reported to have legalized sodomy during the summer months.

12 In the Klementi tribe of Albania, first observed in the 1400s, if a virgin swore before 12 witnesses that she would not marry, she was then recognized as male, carried weapons and herded flocks.

14 Most people know the origins of the word ‘gay’, but the word ‘lesbian’ was first used from around 1590 to mean a tool – a stick made of lead (from the isle of Lesbos) used by stonemasons. It was flexible so it could be used to measure or mold objects to irregular shapes. A ‘lesbian rule’ was also used to mean being flexible with the law.

15 Julie D’Aubigny was a 17th century bisexual French opera singer and fencing master who fought and won at least 10 life-or-death duels, performed nightly shows on the biggest opera stage in the world and once took the Holy Orders just so she could sneak into a convent and have sex with a nun.

16 An 18th century English term for sex between women was the ‘Game of Flats’.

17 A molly house was an 18th century English term for a room or bar where gay men would meet. Patrons of the molly house would enact mock weddings and children being born. 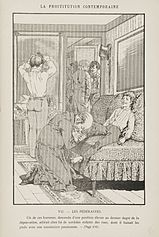 18 Trans man Albert Cashier fought for the Union in the American Civil War. At one point, he was captured by the Confederates but managed to escape by overpowering a prison guard.

19 A Boston marriage, in the 19th century, referred to two women living together financially independent of a man. 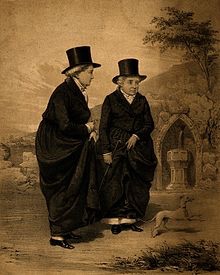 Sarah Ponsoby and Lady Eleanor Butler, also known as the Ladies of Llangollen, lived together in a Boston marriage.

21 Edward White Benson, the Archbishop of Canterbury from 1883 to 1896, was thought to have been repressing his homosexuality. His wife, brother-in-law and five of his six children were also gay.

22 Dude used to be a homophobic slur.

23 UK Prime Minister Winston Churchill, when he was 21, was accused of ‘gross immorality of the Oscar Wilde type’. 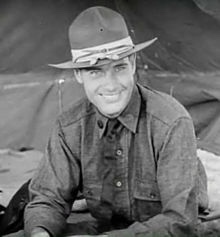 26 In the 1930s, a Disney comic strip showed Mickey Mouse as a violent homophobic thug. In the strip, he beats up an effeminate cat and called him a ‘cream puff inhaler’.

27 The British secret intelligence service tried to spike Hitler’s carrots with female hormones to ‘turn’ him into a woman.

29 World War 2 genius and cryptographer Alan Turing said he had lost a mystery box of treasure in Bletchley Park but could no longer find it as he couldn’t crack his own code.

30 The 1948-53 Kinsey study found a third of men had a homosexual experience.

31 A drag queen was the first openly gay candidate to run for US public office. José Sarria won 6,000 votes in his 1961 campaign for the San Francisco Board of Supervisors.

Jose Sarria dines in Kenmore Square during 2010 visit to Boston

32 The death and funeral of Judy Garland is credited with inspiring the Stonewall Riots.

The Stonewall Inn located in Greenwich Village was the site of the June 1969 Stonewall riots. That event in New York City’s queer history has served as a touchstone for various social movements, as well as the catalyst for Pride parades around the world.

36 One of the first openly gay athletes was Dodgers outfielder Glenn Burke in the late 1970s. He told his teammates, who apparently didn’t care, and was officially outed in 1982. He is also credited with creating the high-five.

37 A man who saved President Ford from assassination had his life ruined when the media outed him as gay.

38 L Ron Hubbard, the founder of Scientology, had a son Quintin who was tasked to take over from the Church of Scientology. When Quintin came out as gay, he died of an ‘apparent suicide’ in 1976.

39 Mel Boozer, the African American human rights activist, became the first openly gay person ever nominated for the office of Vice President of the United States in 1980. 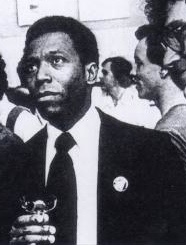 40 Sally Ride was the first American woman to go into space. She was also the first LGBTI astronaut and remains the youngest American to have traveled to space at the age of 32.

41 In the 1980s, religious groups tried to ban Dungeons and Dragons for being satanic as it ‘promoted homosexuality’.

42 In 1987, Delta Airlines apologized for arguing in plane crash litigation that it should pay less in compensation for the life of a gay passenger than for a heterosexual one because he may have had AIDS.

43 Princess Diana went to a London gay bar, accompanied by Freddie Mercury, disguised as a man.

44 The Etoro tribe in Papua New Guinea is where homosexuality is the norm and heterosexuals are excluded. They believe young men only become adults if they have a daily intake of semen to ‘properly mature’.

45 Queen’s The Show Must Go On was recorded as Freddie Mercury was dying due to complications from AIDS. According to Brian May, Mercury said: ‘I’ll fucking do it, darling’ – vodka down – and went in and delivered the incredible vocal. 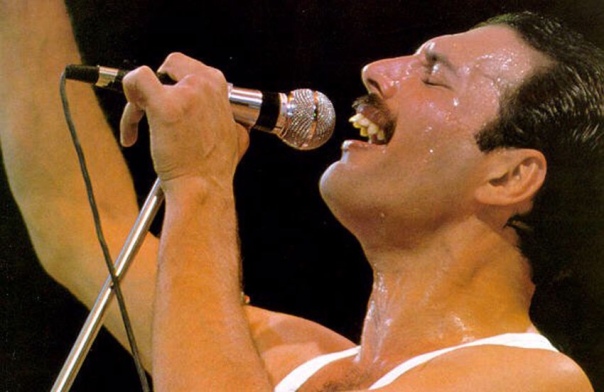 46 When Ellen DeGeneres came out on her sitcom, Birmingham in Alabama refused to show it. A local LGBTI group sold out a 5,000-seat theatre so people could watch it via satellite. 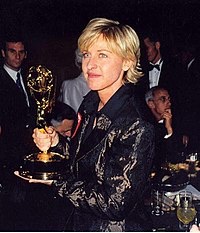 Ellen DeGeneres, an Emmy winner, came out, as well as her fictional counterpart.

47 Stephen Hillenburg, one of the creators of Spongebob Squarepants, revealed in 2002 that Spongebob is asexual.

48 The couple in Lawrence vs Texas, the case that stopped sodomy being punishable in the US in 2003, didn’t actually have sex. They weren’t even a couple.

50 Fun Home, the award-winning, lesbian musical, is the first in the history of the Tonys to be written entirely by women.

51 In 2015, it was announced a crater on Pluto’s moon will be named after George Takei’s Star Trek character, Sulu. 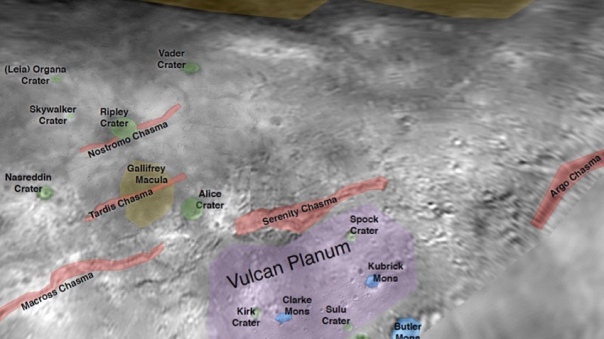 An area of Charon will named Sulu