It’s a dilemma for some of us…do we fight against the “Daddy” label, or just give in and accept it? I think I garner more attention from younger guys these days than I ever did when I was on the scene…despite being a youngster who preferred to have liaisons with older guys. Even up to a week ago I received a message on Instagram from a younger…dare I say in his 30s…very good looking English guy, suggesting that if I was after a “sugar babe” to hit him up! I should point out that I don’t have the financial cred to be a Sugar Daddy…but I can’t say I wasn’t flattered! I was! I have spent the last 15 years fighting off the label of “Daddy”, but now find myself questioning why! I think the problem has always been the way gay Daddies are promoted – both in the media, and in movies. Usually older men who are financially independent, and have the money to fulfil the whims of the young guys in their company. However, a bit of reading on the subject dispels that myth. Yes, there are young guys out there who partner with older guys for financial reasons, but there are equally a number of guys who do it for less material reasons…they find the company of older men more stimulating than guys in their own peer group, often for intellectual reasons; they prefer the experiences of older guys, both sexually and emotionally; or they just prefer older guys…full stop. Having now come to the realisation that it’s not all about money, I’m thinking that…provided they are not after financial support (fuck knows it’s difficult enough to support ones self on a pension), I should embrace my inner Daddy. After all, aren’t the emotional and sexually experienced traits of older guys the reason I used to chase them!

It’s my job to write about celebrities from 9 to 5, and when a hot male steps out, I’m the first to call him “Daddy.” Usually, I’ll chat my friend and co-worker Erin with links to photos of hot guys, with comments like this:

“Doesn’t Kanye look like such a daddy in his Yeezys?”

“Gerard Butler could literally ask me to tie his shoes and I’d do it.”

“Ryan Gosling is an actual father but wow, what a daddy.”

She tends to agree, and often, we’ll debate over the exact qualifications of what gives a dude “Daddy” status. It’s a funny game that keeps us entertained. But where exactly does this term stem from? And why have empowered women suddenly picked it up as a phrase to toss around?

From my perspective as a homosexual male, use of the term “daddy” in gay culture, where it’s specifically popular, boils down to your sexual preferences. “Bottoms,” the label for generally submissive types in bed, if they’re so inclined, call their dominant partners, labeled “tops,” “daddy.” It outlines the power dynamics of the sexual relationship and boils down to sex.

Outside of gay culture, however, I’ve noticed pop culture has adopted the term too. Issa Rae’s lead character on Insecure throws the term around, and in 2017, “daddy” has seemingly morphed into “zaddy,” another version of the term that essentially has the same meaning.

According to Urban Dictionary, guys considered “zaddy” basically have the “It” factor. They’re stylish. They’re perceived as cool. They have their s— together. And obviously they’re hot. Typically, they’re rich. Ty Dolla $ign has a song called “Zaddy” in which he boasts about women flocking to him for his wealth and his ability to provide them with a better, more opulent lifestyle.

Zayn Malik often comes to mind when we think of “Zaddy” because fans have used the term to call him sexy on social media. The first letter of his name is “Z,” like, you know, “Zaddy,” so there’s that, too. As to why people pick up the slang word in instances when they’re not talking about the singer? I’m not so sure, and I’m not so sure it matters. It’s simply a way of labeling a man as attractive and automatically giving him the dominant role in the relationship.

The term “dad” is also used popularly, and it essentially equates to the same as “zaddy” or “daddy.”

But does the use of this term have anything to do with actual fathers? Not really. While some women may refer to their biological fathers as “daddy,” the use of the term in this particular instance has nothing to do with kinship. Most of my friends, at least, are uncomfortable with the term. “Ew, I’d never call a guy daddy. It reminds me of my dad,” friends tell me.

Designer Rachel Antonoff created a white shirt labeled with “daddy” on the front for her fall collection. Why? “I had wanted to do a shirt that said, ‘No more daddy-daughter dance’ just because, from the perspective of it being really heteronormative,” she says. “Then we changed it to daddy-daughter dance, and then we just shortened it to ‘daddy.’ It sort of had a weird little journey that actually had nothing to do with current pop culture.”

“On some level, there’s an element of creepy factor, like it’s just a gross word for some reason, and the idea of someone actually referring to their father as such, even though many people do, but it still is funny to me, which I think is part of why we were so amused by the idea of the daddy-daughter dance in the first place,” she added. “I think there’s an element of humor to it, to just tossing that word out there.”

But still, where the hell does this term come from, and why is it so polarizing?

A Reddit thread from two years ago proves that most of us have no idea why we’re using this, yet we still are. In the thread, a tweet Lorde shared about Kim Kardashian was referenced to try to offer an explanation.

“I retweeted Kim’s amazing cover and wrote ‘MOM,’ which among the youthz is a compliment; it basically joking means ‘adopt me/be my second mom/I think of you as a mother figure you are so epic,” she wrote after a fan said that doing so wasn’t very feminist of her.

One Redditor chimed in, “The same thing happens with ‘Dad.’ I’m not sure how much is serious, how much is delusional, and how much is it weird daddy issues. You will find a mix of all of these.”

And that, indeed, is true. 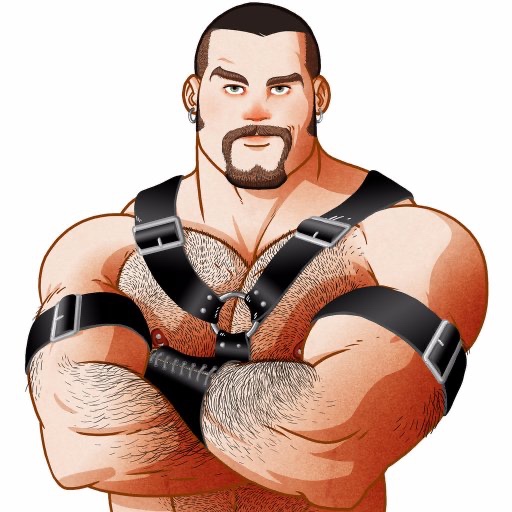