The use of the word “they” has been debated by linguists and copy editors alike. (Photo: zebicho/shutterstock.com) 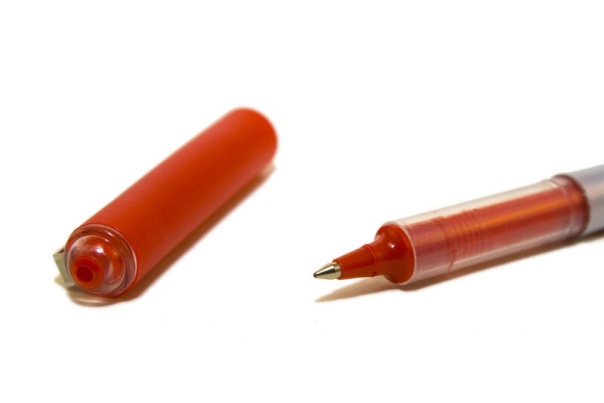 Of all the turf wars that have complicated the landscape of grammar over the past few hundred years, the most complicated and frustrating may be that of the singular they.

It may be the most controversial word use in the English language—because it highlights a hole where a better-fitting word should go.

It creates a conflict between writers and editors who want things to follow the natural symmetry of Latin, and people who find they the only logical option for referring to a single person without a gender attached.

And there has been a lot written about it—it’s something of a hot topic this year, thanks to a vote by the American Dialect Society to name they its word of the year for 2015.

“In the past year, new expressions of gender identity have generated a deal of discussion, and singular they has become a particularly significant element of that conversation,” Ben Zimmer, the chairman of ADS’ New Words Committee, explained back in January. “While many novel gender-neutral pronouns have been proposed, they has the advantage of already being part of the language.”

The group voted the way it did in part because of they’s increasing importance as a way to make room for people who don’t fit a predefined gender binary. (It helps that the word drops the added complication of “he or she.”)

If the English language did permanently embrace a singular gender-neutral pronoun, it would be far from alone—254 of the 378 languages tracked by the World Atlas of Language Structures Online don’t specify for gender at all with their pronouns.

Alas, this problem isn’t as easy to solve as a vote from a dialect society. The problem is something of an emotional one—and it’s sparked debate for centuries.

For some word purists, the singular they is the linguistic equivalent of an ingrown hair, but for others, the solutions for getting around the problem are way messier.

Geoffrey Chaucer, user of the singular they, along with Shakespeare and Jane Austen. (Photo: Public Domain)

For centuries, the singular they was not only accepted by the public but by some of our most famous authors—Geoffrey Chaucer, Jane Austen, and Shakespeare, just to name three.

But around the late 18th and early 19th century, something happened: Critics of this specific usage appeared. The reason for this critical reassessment came about partly out of prescriptive vibes around the English language at the time. Long story short: We wanted English to be more like Latin, and that meant rethinking the use of plural nouns in singular contexts.

In 1975, researcher Ann Bodine broke this down in a landmark paper, Androcentrism in Prescriptive Grammar: Singular ‘They,’ Sex-Indefinite ‘He,’ and ‘He or She’. The text, republished in the 1999 book The Feminist Critique of Language, notes that the influence of Latin grammar played an important role in the increase of rules around the English language—and specifically gave the world the “generic he,” a term that followed Latin form but didn’t mesh with modern concerns about gender equality.

Around the time of Bodine’s paper, things started to turn against the generic he. Students started complaining about its use at Harvard. But they faced resistance from the professors who taught them.

“The fact that the masculine is the unmarked gender in English (or that the feminine is unmarked in the language of the Tunica Indians) is simply a feature of grammar,” a group of 17 professors and teaching fellows wrote in a 1971 open letter published in the Harvard Crimson.

And Bodine noted that the then-recent attempts to ditch the generic he were really attempts to roll back a controversial change.

“Intentionally or not, the movement against sex-indefinite ‘he’ is actually a counter-reaction to an attempt by prescriptive grammarians to alter the language,” she wrote.

Grammarians didn’t give up on squashing the singular they easily. Some who tried to remedy the problem caused by this attempt to make English more like Latin have been tried to patch things up. For hundreds of years, English-speakers have tried to invent words that fill the language’s most unsightly gap. Nearly all of them have failed.

University of Illinois professor Dennis Baron, a longtime supporter of the singular they, has long maintained a list of gender-neutral pronouns that people have attempted to add to the English language, the most recent example from 2015, but most of the interesting ones from the 19th century. Terms like “thon,” “e,” and “um” were among the most prominent attempts to improve the language. Additionally, Baron notes, people complaining about the common use of the singular they were fairly common during the 19th century.

“If only occasionally found in the best writings, it is because the proofreader interposes his correction before the sentence reaches the public, for every editor [knows] how often even careful writers make the mistake,” a writer for the Findlay, Ohio Jeffersonian wrote in 1877.

Baron, in introducing the concept in an essay, is quick to stick a knife in its heart before it even had a chance to fly:

These pronouns fill a need, but none has been widely adopted, hence they are the words that failed. What has succeeded is singular they, which arose naturally in English hundreds of years ago, and is used both by speakers and writers concerned that their pronouns be inclusive, and also by many who don’t give the matter much thought at all.

Even in the modern day, some critics of the word use persist. Blogger Freddie deBoer, meanwhile, argues in an essay that the singular they issue is an infrequent problem at worst.

“Using ‘their’ for singular antecedents is one that I think people need to [just give into],” deBoer writes in his essay. “As I’ve argued, it only occurs in a very limited set of circumstances, and those circumstances very unlikely to produce confusion about what is meant.”

Over at the dearly departed site the Toast, linguist Gretchen McCulloch blames the root cause of this fissure on “a series of historical accidents,” but suggests that the issues raised by grammarians are practical in nature, even if the solutions are in many ways worse than the problems in the first place.

Really, if this problem is ever to go away, it’s going to be up to professional copy editors to speak up. And at least some of them appear to have made peace with the change.

Last year, prominent Washington Post copy editor Bill Walsh (who was not a football coach for the San Francisco 49ers) drew a line in the sand in favor of the singular they, revealing in a deeply nerve-wracking blog post that he had been wanting to make the big change for years, despite how divisive it was for some.

Walsh, the author of some popular books read by copy editors, is seen as something of a trailblazer on this issue, even though he pledges his desk will use the term sparingly.

Still, it won’t be easy to win over everyone else in the journalism world. The issue is that many copy editors simply struggle with the conundrum that the word creates, some treating it as a pet peeve even though it’s common in regular speech.

In a blog post last year, the Baltimore Sun’s John E. McIntyre noted the lingering controversy, citing one Facebook feed that called the singular they an “idiot epicene.”

“I know any number of editors who share this visceral dislike of the singular they,” McIntyre wrote. “It cuts no ice with them that linguists have demonstrated widespread use by reputable writers for centuries … or that we somehow contrive to use you in both singular and plural senses without growing red-faced and shouting.”

Copy editors may never find peace on this issue, even though the American Copy Editors Society has been laying the groundwork for such a change, noting with positivity last January the American Dialect Society’s move to make the singular they its word of the year.

But a shift like that isn’t enough to convince one of the toughest copy editors in the business—Mary Norris, the “comma queen” at The New Yorker.

“Many ACES stalwarts—copy editors, journalists, grammarians, lexicographers, and linguists—stand ready to embrace the singular ‘their.’ But not us. We avoid it whenever we can,” Norris wrote earlier this year.

In that same blog post was a video where she discussed how her desk replaced an instance of the singular they in a George Saunders story with a generic he. (The linguistics blog Language Log had a field day with this whole saga.)

And, sooner or later, the Associated Press Stylebook will probably weigh in as it has in other linguistic controversies, like, recently, when it decided to allow “more than” and “over” to be used interchangeably.