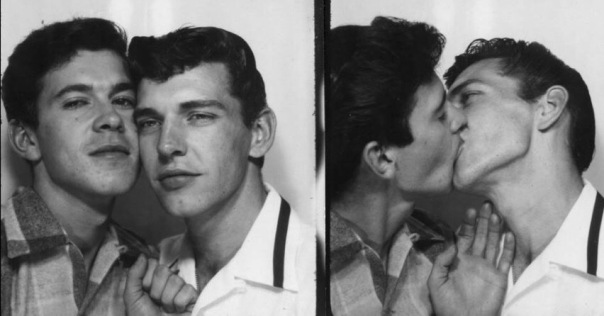 For many young LGBT people, it’s hard to imagine what life would have been like for a young gay couple growing up in 1950s America.
At the time, many states had statutes on moral, lewd , or disorderly conduct, that allowed police to target and arrest gay and lesbian “deviants.”
“Such transgressions as wearing items of clothing of the opposite sex, propositioning someone of the same sex, or even holding hands with a member of the same sex” could land you in jail, as TIME points out.
A photo booth picture, taken by a young daring gay couple in 1953, captured a beautiful moment of affection between the two love birds that could have also resulted in their arrests. 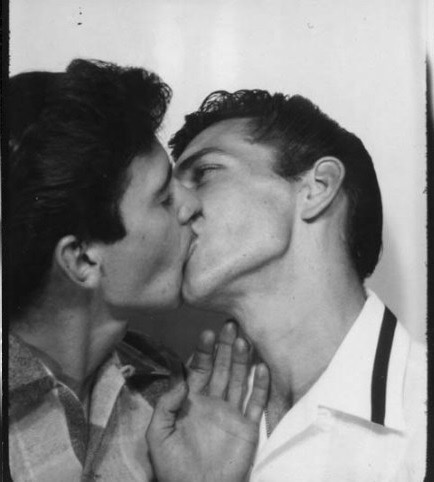 The image is part of the ONE National Gay & Lesbian Archives at the University of Southern California Libraries – the largest repository of lesbian, gay, bisexual, transgender and queer materials in the world. The picture was once owned by the young man on the right-hand side of the image above, Joseph John Bertrund Belanger. Belanger, for most of his life, was a devoted collector of LGBT history. Born in Edmonton, Canada, in 1925, he served in the Royal Canadian Air Force and was a member of the Mattachine Society – an early instance of what today would be called an LGBT organization — in the early 1950s. It is thanks to his passion and foresight that the image survives today. 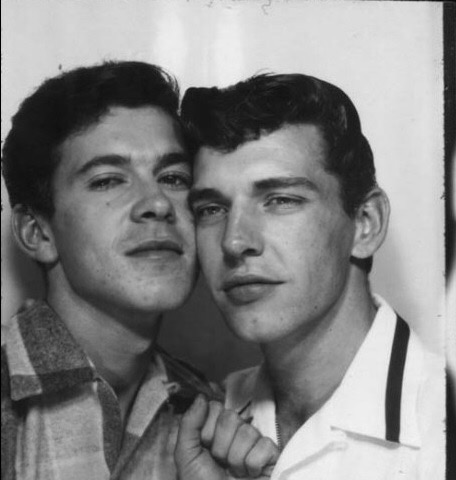 Here, in the midst of the 2014 pride season, what remains so remarkable and moving about this particular image is how quietly radical it feels all these years later. Belanger and another man have found a private safe-space in the unlikeliest of places — an ordinary photo booth – where they felt so at ease, and so themselves, they could kiss each other far from the prying eyes of a disapproving public.