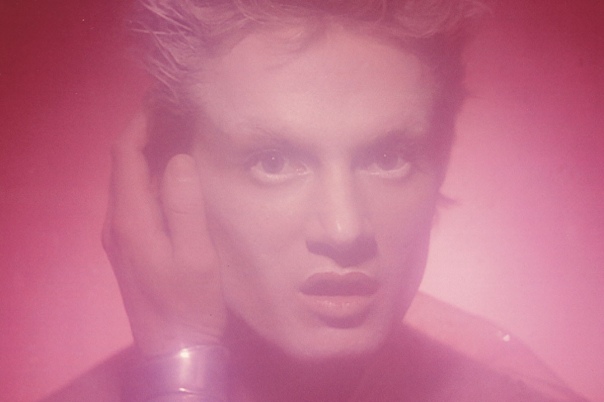 Imagine watching the Empire State Building suddenly transform into giant spurting penis to ejaculate a figure dressed in a major King Kong look across a stage. Now, imagine this mysterious figure shedding the ape costume and emerging as the most fabulous Marlene Dietrich you’ve ever seen.

No, this isn’t the fever dream of a Hell’s Kitchen gay after watching Kong: Skull Island. This flamboyant and provocative series of events almost happened. The performance, set to take place at the Paris Opera House in 1973, would’ve introduced the world to glam rock’s first openly gay rock star. Through a sea of glitter, the crowd was to feel a potent mix of astonishment and arousal before whispering his name: Jobriath.

That you’re almost certainly wondering who the hell Jobriath is should betray the fact that his grand entrance never happened, but to dismiss Jobriath as yet another failed rock star would do a disservice to his legacy. The truth is, for all his failures, Jobriath paved a path for queer musicians. Without rock’s self-proclaimed “true fairy,” artists like ILoveMakonnen, Frank Ocean, PWR BTTM, Mykki Blanco and everyone in between might not be around to queer up the music industry.

Decades ago, in an era punctuated by the queerbaiting antics of Lou Reed and David Bowie, Jobriath’s star power proved to shine too bright, too fast—he was the Icarus of glam rock with a gloomy ending to match. Spanning multiple identities, enough tragedy to fill a Lifetime Original Movie, and a wealth of ideas that would never come to pass, this is the story of America’s first gay rock star.

The Adolescence and Abandonment of Bruce Wayne Campbell

You’d be forgiven if you thought the story of Jobriath’s adolescence was written by an overeager fiction writer. After all, his name shares similarities with both Batman and the star of Evil Dead and hails from a town that sounds like a history book. Yet, Bruce Wayne Campbell of King of Prussia, Pennsylvania really did exist. And he was even something of a child prodigy on the piano.

Born the son of an Army man in the dirt track town, Campbell spent his youth moving from army base to army base with his family. It was a childhood light on friends and heavy on a blooming sexual identity that infuriated his family. It was an existence that wasn’t meant to last and, after a brief stint in the Army that ended with him going AWOL, he ran away to start a new life as Jobriath Salisbury in the sun-soaked streets of Los Angeles.

Detours and the Discovery of Jobriath Salisbury

Like any great glam rock origin story, Jobriath’s rise began with a little bark and a lot of hair follicles. A short time after arriving in LA, he accompanied his friend to the audition for the notoriously outlandish musical Hair. Despite only going to help the friend with lines, he was cast into the role of Woof and was soon performing to sold out crowds every night. Under the bright lights, he got a taste of stardom that changed his life.

Though as talented as he may have been in his role, he wasn’t immune to the vices of the 1960s. A cocktail of drugs strong enough to tranquilize a herd of buffalo mixed with his overinflated ego and he eventually left Hair in a blaze of glory—taking two of his costars with him to start a band called Pidgeon. You know, because it was 1969 and naming your band after sky rats was glam. The trio recorded a strange, baroque folk album that sounded like a chipper nightmare before the band promptly fell apart.

It was from this point that Jobriath’s AWOL status caught up to him and he was detained by military police. He was thrown into a military psychiatric hospital, suffered his first big breakdown, and then broke away from the padded walls to take on California one last time. It didn’t take long for him to pick up his old habits As he recalled years later, “I was floating down in the gutter. I didn’t eat. I just drank beer all the time. With no money, I hustled for booze and drugs.”

While he hustled, a new chapter in Jobriath’s story was being written thousands of miles away in New York. It was there that Jerry Brandt, legendary manager of Carly Simon, sat in the offices of Columbia Records’ Clive Davis listening to Jobriath’s demo tape. To his ears, he’d found the star he was waiting for.

The year was 1972 and Jobriath had just shed his steak-themed last name and emerged as Jobriath Boone—–just in time for Brandt to change his life forever. After search through LA to find him, Brandt quickly whisked the burgeoning star back to New York, got him a record contract with Elektra Records rumored to be worth $500,000, and began one of the most ambitious advertising campaigns of the decade.

“Jobriath is going to be the biggest artist in the world. He is a singer, dancer, woman, man. He has the glamour of Garbo. He is beautiful,” Brandt explained to Melody Maker before telling Music Week: “It’s Sinatra, Elvis, The Beatles, and now Jobriath.” To Brandt, Jobriath was glam rock’s gay, glittered Jesus Christ and he wanted the world to know his name.

Jobriath’s face was plastered across full page ads in Vogue, Penthouse, and Rolling Stone and put on posters on hundreds New York City buses. For Brandt’s pièce de résistance, a 41’ by 43’ billboard high atop Times Square was erected featuring Jobriath naked and posed as a Roman statue broken at the base and crawling across the floor.

When it came time to record the album, Brandt convinced Elektra Records to book them at Olympic Studios, the famed recording studio favored by bands like The Rolling Stones. It was within these soundproofed walled that a 55-piece orchestra accompanied Jobriath on a glam rock journey through the eleven tracks that made up his self-titled debut album. Despite the aggressively sexual S&M ballad “Take Me I’m Yours” and the swaggering bravado of “I’m a Man,” reviews were warm and encouraging.

The problem was that outside of the industry, Jobriath’s flagrant sexuality produced a product the public just wasn’t ready for. By the time the giant wave of marketing finally crashed down, Jobriath’s overhyped debut had become a disastrous joke. A debut concert at the Paris Opera House with a $200,000 price tag and the Empire State building ejaculating the star was quickly scrapped.

He made his television debut in an unforgettable yet restrained performance on a prominent nightly show called The Midnight Special. It was notable for his outlandish costume that could best be described as ‘spaceman by way of hamster tunnel tubing’ and was restrained because, after being barred from performing his S&M jam “Take Me I’m Yours” by producers, he instead performed “Rock of Ages” and his single “I’m a Man.” Late night just couldn’t handle a glitter-dipped gay rocker singing, “Any day you could buy me or tie me up.”

Alongside his TV debut, he headlined two sold out shows at The Bottom Line in all his unsheathed, gay glory to modest, 400-person crowds. The positive response brought some hope to Jobriath and Brandt but that momentum crashed down at a follow-up concert at Nassau Coliseum. There, the crowds immediately bombarded him with shouts of “faggot” as trash was thrown until he fled the stage. Elektra Records quickly pushed out the second and final album, Creatures of the Street, shortly after that disastrous show with leftover material from the Jobriath recording sessions and dropped him from their label.

With no future at Elektra, Jobriath embarked on one final tour and severed his partnership with Brandt. Like any good rock star though, Jobriath went out with a bang. His final show at the University of Alabama led to five encores that ended when the excited crowd pulled the fire alarm and sent the fire department rushing in. It was glorious moment that showcased the star Jobriath could’ve become had the country been ready to embrace that courageous homosexuality of rock’s first true fairy but ultimately signaled the end to his life as Jobriath.

The Downfall and Death of Cole Berlin

In 1975, high above the iconic Chelsea Hotel in a pyramid-topped apartment, Jobriath Boone was laid to rest alongside his brief career. From his ashes, the character of Cole Berlin emerged. When he wasn’t hustling or auditioning for the role of Al Pacino’s lover in Dog Day Afternoon, Cole spent his nights performing 1930s cabaret songs at The Covenant Gardens restaurant. His existence, perhaps for the first and only time, appeared restrained and mundane for a few years. It wasn’t until 1979 that the façade of normality was ripped away in an interview with Omega One magazine.

“Jobriath committed suicide in a drug, alcohol and publicity overdose. That whole hype just drove him crazy,” Cole said of his former identity. It was the statement of a broken man and, as the interview continued, he didn’t hesitate to talk about his personas as if they were a polyamorous family he’d moved in with. “Schizophrenia is my lifestyle. I think everybody is schizophrenic but they’ll all fighting it,” he explained. “I, or should I say we, are not fighting it. Come over. I’ll ask some of us to come out and play.”

Years after the interview, his lifestyle on the streets caught up with him and he soon contracted AIDs. On the Chelsea Hotel’s 100th anniversary in November 1982, he played his last public performance and, on the morning of August 4, 1983, police broke up the front door of his rooftop apartment and found his dead body. A decade after towering over Times Square, he died alone and abandoned—–his body decaying for four days before anyone found him.

The Great, Rock Resurgence of Jobriath

As tragic as his career and life were, time has ultimately been kinder to Jobriath. In the years following his death, the glamorous singer has become ingrained in the rock and roll folklore thanks to one of rock’s most iconic queer artists. In one of the strangest twists in Jobriath’s story, rock legend Morrissey of The Smiths has become integral in establishing the singer’s legacy.

In 1992, Morrissey expressed interest in having him as the opening act for his “Your Arsenal” tour–—unaware that the singer had died nearly ten years ago. It was a tragic request but, ultimately, served as a catalyst for Jobriath’s revitalization. In the two and a half decades since Morrissey first took an interest in rock’s first true fairy, a wealth of information and music has unearthed his story. Previously unreleased music filled Lonely Planet Boy in 2004 and As the River Flows in 2014; his first two albums saw a rerelease in 2008; and, finally, a documentary by Kieran Turner called Jobriath A.D. came out in 2012.

Four decades after crooning for audiences to let him be who he was on the track “I’m a Man,” the repercussions of Jobriath’s fearless embrace of his sexuality, Empire State Building ejaculation and all, are finally being celebrated.