Harvey Milk and Republican state Sen. John Briggs of Orange County met in September 1978 for a debate at Northgate High School in Walnut Creek over the Briggs Initiative, a proposition that would have made it mandatory for school boards to fire openly gay and lesbian teachers. The photos were recently found in The San Francisco Chronicle archive by pop culture critic Peter Hartlaub and published for the first time in decades. 📷: John Storey 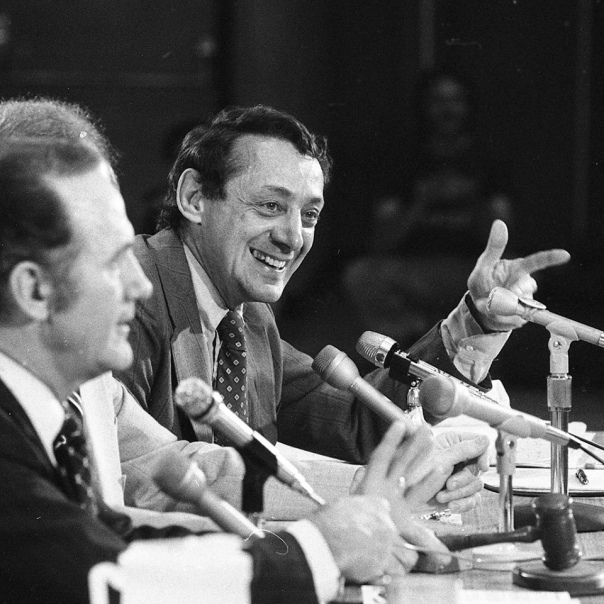