For the record, I like my chocolate straight.” Roald Dahl

As winter approaches, as days get shorter and the air a bit chillier, our thought start to turn to comfort foods. Before I head off into the food world of heavy winter soups and casseroles, I would like to use this column to go into the world of the ultimate comfort food – chocolate. I do not know one single, solitary person who dislikes chocolate, though I must admit to knowing many – myself included – who idolise it. There is nothing like digging a spoon into a silky chocolate mousse, or a rich chocolate tart, a torte, gateaux, or a light-as-air soufflé. In 2003, Australians ate their way through 4kg of chocolate each. There is no truth in the thinking that chocolate is fattening – what is fattening is how it is used. That it makes us feel good is undisputed, as it releases the feel-good endorphins.
The highest quality – and most expensive – chocolate produced comes from France’s Valrhona Company, founded in the 1950s. Though there is no official classification system for chocolate, this company treats its chocolate like wine, and calls its estate chocolate ‘Chocolat Noir de Domaine’, due to its high quality. Of almost equal calibre are Belgium’s ‘Callebaut’, and the French ‘Michel Cluizel’. The Swiss ‘Lindt’ company now produce blocks of chocolate labelled with the percentage of cocoa mass – from 70% to 85%, and even as high as 99%. If you like your chocolate bitter, go for the 85%. I love it, but my partner finds it too bitter for his taste. Couverture, which is used principally in cooking has a high percentage of cocoa butter, and is not quite as stable as dark chocolate. It melts and coats easily, has a glossy finish and an intense chocolate flavour. It needs to be tempered, and a quick way to do it at home – the professional way is very complicated and precise – is to finely chop or grate the chocolate, melt two-thirds if it, then stir in the remaining chocolate until it melts.
For the following recipes, I wouldn’t expect you to use couverture, as it is very expensive – though if you would like to lash out, you can go to ‘Essential Ingredient’ in Camperdown and buy their house couverture for $19.95 for a 1 kilo block. This is quite a good price for quite a large amount of chocolate. For everyone else, “Plaidstowe” from the supermarket will serve the purpose. If melting chocolate in the microwave, remember that it will keep its shape while heating. Do it in short bursts of 30-40 seconds, stirring after each burst. Enjoy, relax, and indulge yourself.

Rich Chocolate Tart
Pastry:
125g cold unsalted butter, chopped
1 tablespoon caster sugar
200g (1 1/3 cups) plain flour
2 tablespoons cocoa (Dutch, if you want a richer flavour)
2 egg yolks
Process butter, sugar, flour and cocoa in a food processor until mixture resembles coarse breadcrumbs. Add egg yolks and 1½ tablespoons iced water, and process until pastry just comes together. Form pastry into a disc, wrap in plastic wrap and refrigerate for at least 30 minutes.
Roll out pastry on a lightly floured surface until 5mm thick, and ease into a 3.5cm deep 24cm tart tin with removable base, trimming edge. Line pastry case with baking paper, and fill with pastry weights, dried beans or rice. Place on a baking tray and bake at 180°C for 20 minutes, then remove paper and weights and bake another 5 minutes until pastry is dry. Cool.
Filling
300g dark couverture chocolate, chopped
100ml double cream
125g unsalted butter, chopped
4 eggs
100g caster sugar
1 tablespoon golden syrup
Combine chocolate, cream and butter in a heatproof bowl over a saucepan of simmering water and stir continuously until butter is melted and mixture is well combined, then remove bowl from heat and set aside. Using an electric mixer whisk eggs, sugar and golden syrup until pale and creamy, then fold into chocolate mixture. Pour into tart shell, then bake at 150°C for 35-40 minutes or until just set. Cool tart to room temperature before serving with double cream (optional). Tart will keep, refrigerated in an airtight container, for up to 4 days – if it lasts that long.

Preheat oven to 200°C. Line an oven tray with foil, mark a 23cm circle onto the foil and lightly grease the circle.
Using an electric mixer, whisk egg whites with a pinch of salt until soft peaks form, then gradually add caster sugar, whisking well after each addition. Continue whisking until all the sugar is added and the mixture is thick and glossy, then whisk in vinegar, vanilla and cocoa until just combined. Spread two-thirds of meringue mixture evenly over the circle, then spoon remaining meringue around edge of circle, forming a rim. Reduce oven temperature to 100°C, bake pavlova for 90 minutes, then turn off oven and leave pavlova to cool in oven.
Using an electric mixer, whisk cream and icing sugar until soft peaks form, gently fold cooled coffee until just combine then spread mixture over pavlova.
Sprinkle pavlova with hazelnuts and dust with icing sugar, if using. Pavlova is best served on day of making.

Combine cream, milk and sugar in a saucepan and stir over low heat until sugar dissolves and mixture is nearly boiling. Remove from heat, ad chocolate and vanilla and stir until chocolate is melted and mixture is smooth.
Place 1 tablespoon hot water in a heatproof cup, and sprinkle over gelatine, then stand cup in a small saucepan of simmering water and stir until it is dissolved. Pour gelatine mixture into cream mixture and stir until combined. Divide mixture amonst 6 lightly oiled 125ml (1/2 cup) dariole moulds, or other suitable moulds. Cover and refrigerate for 2-3 hours, or until set.
Serve with Strawberries and a strawberry puree (process some strawberries in a food processor with some icing sugar), or blueberries and mascarpone (from dairy case in supermarket) or orange segments and almond bread. 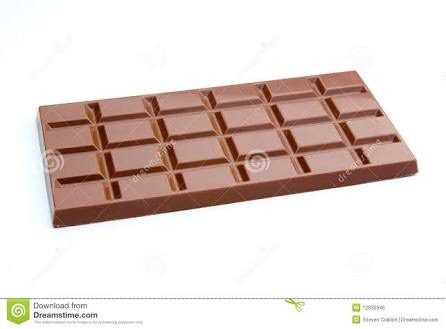