“A very cynical attitude is taken by sponsors like Nike. They pay for records to be broken, then when athletes test positive, instead of canceling their contracts, they carry on paying them! It’s as if the executives at Nike always knew what Marion Jones, Justin Gatlin and Marta Dominguez where up to! Nike sponsored them even after they tested positive! It gives you  some idea of Nike’s take on the doping problem”

I am watching this weeks “Four Corners” program on drug doping in sports, especially professional athletics. It really is endemic, and quite frightening in its length, breadth & depth! That drug doping of athletes was not only sponsored but encouraged in countries like Russia, and resulted in the banning of 4,000 Russian athletes after 2 whistleblowers – now exiled to Berlin due to being considered “traitors” – says way too much about how drug doping is rapidly taking over sports. That so few athletes were banned as a result of doping in the London Olympics is more a result of corruption in the Russian drug testing agency than actual lack of drug-influenced athletes. It is not just a disgrace, but very disillusioning and wortying. That the thinking surrounding drug doping is that of “well,everyone else is doing it, so why shiuldn’t I” shows a clear lack of personal pride and self-challenging in sports.

Lance Armstrong is a classic example, and one where one has to ask the question – was it a deliberate choice not just to take ut, but to admit to it? After all, as a professional cyclist, he earned $300,000 a year. He now has earnings of around $23,000,000. In reality, being banned from the sport has paid well! The World Ant-Doping Agency (WADA), after a year of investigations in Russia, delivered a slamming report at a recent conference “We have found cover-ups, we found destruction of samples in the laboratories, we found payments of money in order to conceal doping tests, among others. It’s worse than we thought. All this could not have happened, and continues to happen, without the actual or implied consent of the state authorities. So, their lab is gone, their national anti-doping organisation is gone. We have recommended that the Russian Athletics Federation be suspended, gone!”. State sanctioned sports doping…wow! That’s mindblowing.

Personally, I don’t get it! I can’t comprehend how you can fill yourself with performance enhancing drugs, win a race, break a record…and feel you have done it by giving yoyr best, challenging and pushing yourself in a natural, physical sense! I would feel that I had cheated myself, and in many respects let myself down. One of the German athletes who had come clean about her doping experiences as a world record breaking runner stated that, on being brought into the Olymouc team for her country, she found herself in a culture of very average athletes, in many respects under-achievers. They didn’t have to have abilities or even ambition, as the drugs brought on those traits. To me, achieving anything in a sporting or athletic field is pushing yourself beyond your limits, challenging yourself at every step along the way, and when you win, it’s because of your own abilities, and doing it through hard work, training and the sheer will to win. If drugs were involved, I would actually feel like a cheat. That everyone else might be doing it is no excuse for indulging, and robbing yourself of the sheer satisfaction of having done it under your own steam. I can see the thinking – if everyone else is using drugs, then everyone is still on an equal footing. But are they? As drugs come and go, what’s to ssy they aren’t taking  something that you don’t as yet know about! Doesn’t that open all sorts of cans of worms! If everyone is going to be on an equal footing…why not a drug-free one? If athletes feel the need – or want – to deliberately cheat, doesn’t one have to question their motive, but more so their self-worth? And just as drugs change and become more sophisticated, so does the testing. Blood and urine samples are kept for 10 years, so in actual fact – due to future testing that can detect drugs that can’t currently be detected – we will not know the actual medal winners from the 2016 Olympics until 2026! Suely the ultimate humiliation as a medal winner would be to have it taken off you in 10 years time! Chez embarrassing!

Remember when our elite swimmers were wearing their specially designed suits? Okay, it’s not doping, but the principal is the same. It’s an enhanced way of winning that has no regard for the personal challenge. I remember saying to my partner that it just wasn’t right, and as record, after record, after record fell…that fact was just enhanced. Where was the challenge if a record eas that easy to break? Surely the swimmers themselves must have felt cheated, that despite having won, and broken a record – they really hadn’t. I was ecstatic when the suits were banned, as it put the challenge – and the interest – back into swimming. If you won or lost, it was always a fair win, whereby the time and work you had put in was on show for all to see. The personal satisfaction was obvious on their faces. I won because I deserved to, not because I had my abilities enhanced by technology.

As a regular gym goer, I know that a percentage of the muscle-bound bodies around me are not necessarily naturally produced. Steroid use amongst body builders has always been a problem. At 62, for me it’s as much about fitness as building myself up, though I’m not adverse to developing some musculature. But I’m in no rush, and if it takes me months to start to work my way up through the weights, that’s fine. It is a challenge I set for myself, and there is no rush to get there. A chat with a mate recently – who looked really hot at the peak of his performances – revealed an insidious world of two to three trips to the gym daily, enhanced by pre-workout supplements, and other things. In his own words, it was an unhealthy obsession that made him a not nice person. If you are going to build your body up, you have to be able to maintain it with a minimum of work. These guys who build up huge bodies don’t stop to think of the factors that cause you to stop working out, or taking dangeroys substances to achieve your size – things like relationships, having children, illness, changed work curcumstances, or not living in close proximity to a gym. All that muscle suddenly becomes – fat! I don’t  get why, if you are in your 20s, there would be this great need to rush to build yourself up – after all, you have a lot more time than me!

But the steroid/performance-enhancing drug scenarios present what should be a light-bulb moment for all imbibers – the long term side effects of pumping this shit into your body. Liver, kidney, heart and skeletal problems will probably plague you for the remainder of your life – may, in fact, cut it short.

We need to curb this insidious practice at a world-wide level. We need to create an environment where everyone is respectful of the exhilaration of winning something due to your natural abilities and talent – the setting of a personal goal…and achueving it! Yes, use technology, but use it to enhance your abilities, not to be the sole cause of you winning, or breaking a record. We need to re-establish personal pride in sport, that knowledge thathaving  won a nedal, you are going to keep it! 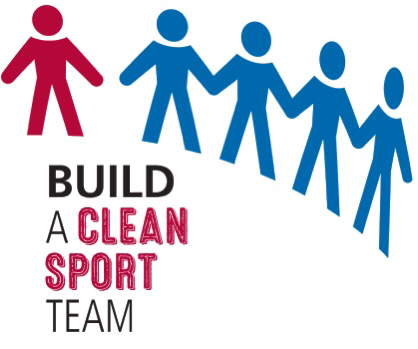