The Earl of Warwick stands over the decapitated body of Piers Gaveston. From the 15th-century ‘Rous Rolls’.

The Earl of Warwick stands over the decapitated body of Piers Gaveston. From the 15th-century ‘Rous Rolls’.

Soaring up from a comparatively humble background, King Edward II’s favourite flew too high and paid the penalty. Piers Gaveston was born around 1284, the son of a Gascon lord, who gave many years of loyal service to Edward I. In his early teens Piers became a member of the royal household. In 1300 he was moved to that of the Prince of Wales, the future Edward II. They were both about 16, took to each other and an extremely close friendship developed. There were many at the time who thought it was a homosexual relationship, but some modern historians see it as more like close brotherly love. The two may have been sworn blood-brothers and Edward referred to Gaveston as ‘my brother Piers’. Edward would have four children by his French queen, Isabella, but he could have been bisexual.

Whatever the exact nature of the relationship, it spelled trouble. In 1307 Edward I banished Gaveston from England, though he was to be paid an allowance while awaiting recall, but the king died soon afterwards and the new king immediately brought Gaveston back to his side, made him Earl of Cornwall and bestowed on him an extremely well-connected aristocratic wife and substantial quantities of land and money. Edward II was not remotely the man his father was and he had serious trouble with some of his father’s most powerful barons, who bitterly resented being sidelined by a man they considered an arrogant, greedy upstart. 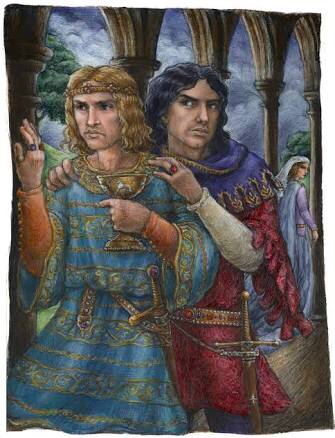 In 1308 Edward allowed Gaveston a provocatively prominent role in his coronation and the ensuing banquet, at which he paid so much attention to the favourite that Queen Isabella’s French relatives walked out. The king was forced to send Gaveston away to Ireland later that year, but he was back in 1309 and resumed his dominant position at court as Edward’s principal adviser and controller of royal patronage. He behaved as arrogantly as ever and allegedly bestowed disparaging nicknames on leading figures in the realm. Guy de Beauchamp, Earl of Warwick was ‘the Black Dog of Arden’, Aymer de Valence, Earl of Pembroke was ‘Joseph the Jew’ and the generally much-respected Earl of Lincoln was ‘Burst Belly’. By March 1310 opposition had mounted to such a point that the king had to agree to the appointment of the Lords Ordainers, a committee of 21 earls, barons and bishops who were to draw up rules for the management of the royal household and the realm. Meanwhile the king led a military campaign in Scotland that failed to subdue Robert the Bruce. 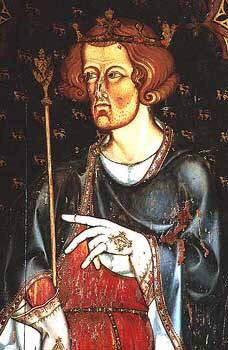 In August 1311 the Ordainers produced their new rules and demanded that Gaveston be sent into exile and never allowed to return. The horrified Edward offered to agree to the changes if Gaveston was allowed to stay, but the Ordainers would have none of it and in November the favourite left the country. He was back in England again by the following January, however, and Edward announced that Gaveston’s exile had been unlawful, restoring all his confiscated possessions.

The country was now threatened with civil war as the barons gathered their private armies. The Earl of Lancaster (who was Edward I’s nephew) almost caught the king and Gaveston in Newcastle, but they just managed to escape and fled by sea to Scarborough, where Edward left Gaveston and went to York. Gaveston was besieged in Scarborough Castle by the earls of Pembroke and Warwick. In May Gaveston surrendered to Pembroke on condition that, if no agreement could be reached with the king by August 1st, he would be sent back to Scarborough Castle, which was not to be reinforced in the meantime. Pembroke took Gaveston to a town called Deddington, south of Banbury, and left him there for the moment. On the following day, to the dismay of Pembroke, who had guaranteed Gaveston’s safety, the favourite was seized by the Earl of Warwick and taken to Warwick, where he was paraded past a jeering crowd and put in a dungeon in the castle.

Lancaster and Warwick decided that Gaveston must die. After some pretence of a trial, apparently, he was taken to Blacklow Hill, not far from Warwick, on land that belonged to Lancaster, and run through with a sword before his head was cut off. He would have been about 28 years old.

Gaveston’s body was left lying there to rot, but was later rescued, embalmed and eventually buried in the Dominican friary at King’s Langley in Hertfordshire. In 1823 a monument was erected on Blacklow Hill by the local squire on the spot where Gaveston was thought to have been executed. The disapproving inscription describes him as ‘the Minion of a hateful King’ beheaded ‘by Barons as lawless as himself.’ 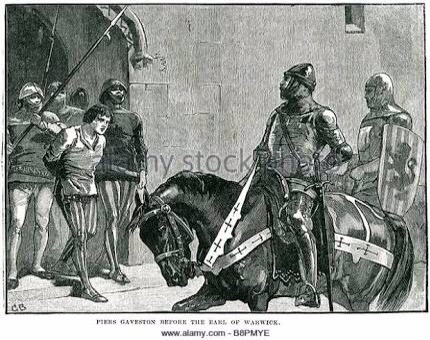