“More beautiful for having been broken”


Kintsukuroi (“golden mend”) is the Japanese art of mending broken pottery using lacquer resin laced with gold or silver. As well as a nifty form of repair, kintsukuroi has a deeper philosophical significance. The mended flaws become part of the object’s design, and some people believe the pottery to be even more beautiful having gone through the process of being broken and repaired. 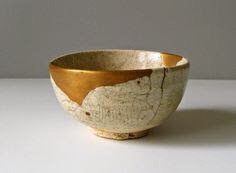 Through kintsukuroi, the cracks and seams are merely a symbol of an event that happened in the life of the object, rather than the cause of its destruction. 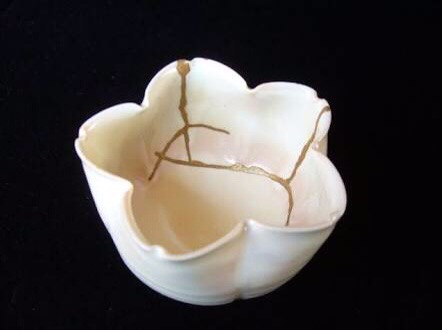 Like pots, bowls, cups, and plates, we endure our own bumps and scrapes. We experience drops from a dizzying height and unexpected knocks. 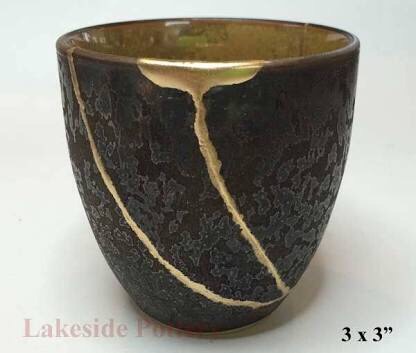 Sometimes we experience things that plant the seeds of shame: rejection, betrayal, abandonment, failure. So we try to avoid experiences that leave us vulnerable to these feelings as much as possible, lest the people around us see the evidence of just how imperfect, flawed, and “not good enough” we really are.

In other words, we stay hidden in the cupboard, right behind the best silver, because we don’t want to get a chip, a crack, or a complete break. 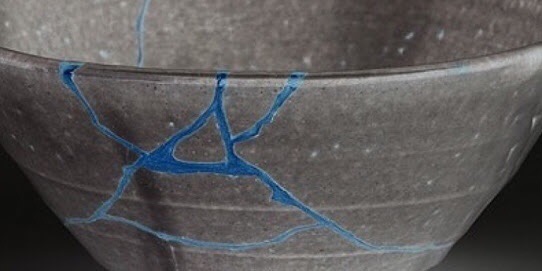 That’s not to say that I believe trauma or tragedy automatically makes us more beautiful—I don’t. I’ve known people who have dealt with these things and come out on the other end about as ugly as it gets.

I do believe these experiences change us though—and I think we have a choice. 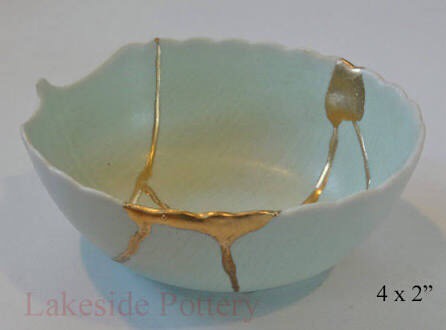 We can choose to reject our bitter experiences and flaws, to wish and will them away, to regret, to pine, and to live in the land of “If only…” We can disguise with false-self personas, cover up with defences, distract with busyness. 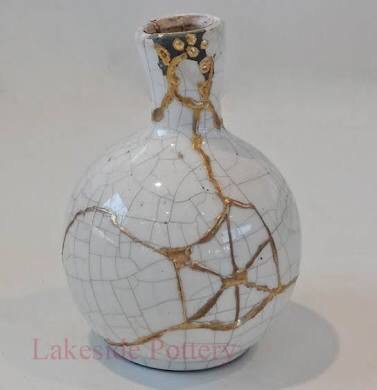 Or we can choose to see these experiences for what they are: our golden seams. 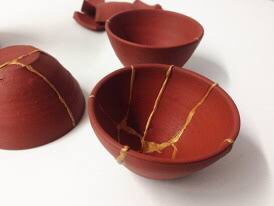 The times when we get scratched, chipped, cracked and broken can feel totally shitty, but there can also be a strange beauty in the way we process them and the lessons we take from them afterwards… if we want. 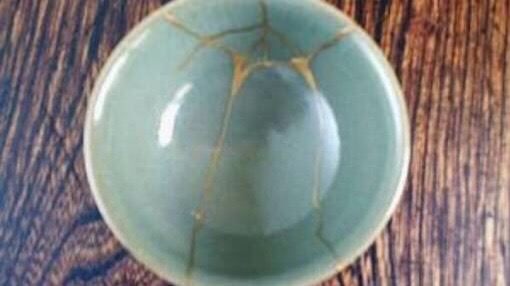 Your story is yours to be told. Embrace the experiences that have influenced you.
http://www.becomingwhoyouare.net/japanese-pottery-can-teach-us-feeling-flawed/ 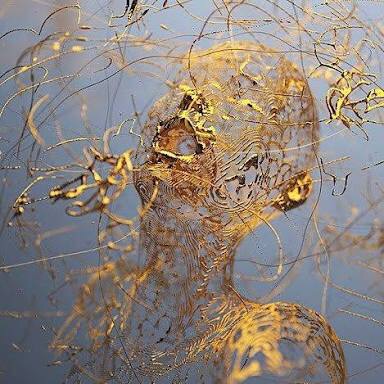 THE FABLE OF KINTSUKUROI

Once upon a time, in the far, far east, east even of Eden, lived a great emperor, in a great palace, gorgeously stocked with the richest of goods. It was early spring, and the season of royal visits, when kings and princes called on one another and admired each others’ choicest possessions, gave wonderful gifts and enjoyed bountiful banquets. And this year was special, because the visitors would see the investiture of his beloved son Kintsukuroi as Crown Prince of the empire.
The emperor was excited this year because he had a new and beautiful bowl to show to his friends, specially made for him by the finest of craftsmen from the finest of materials. Imagine then his horror when on going to his cabinet he discovered that it was broken apart, into a hundred pieces. How could it have happened? No-one knew. What could be done about it before the first visitors arrived? No-one could offer any idea, for the time was too short to start again and make another one.
The emperor was dismayed, sad that he could not show off his beautiful bowl, but even sadder that something so beautiful should have broken. He retired into his private apartments with only his beloved son to share his sorrow, and they talked long into the night together.
Next morning the emperor woke to the sound of a great commotion. His senior ministers demanded to see him urgently. The cabinet of treasures had now been broken into, and this time the great new golden diadem that has been made for his beloved son, ready for the investiture, was quite simply gone – along with the broken pieces of the broken bowl, but who cared about those now.
What is more, the thief had been seen, but not recognized, since he was covered in dirt and scars, with nothing to distinguish him from a thousand other down-and-outs who hung around the palace, for the emperor – to the annoyance of his ministers – refused to turn them out but shared his food with them.
No-one knew for sure where the thief had gone, but he had, they thought, run off towards the princes apartments. There the doors were most unusually now locked and there was no answer to their knocking, though they could hear sounds inside. Would the emperor give his permission for them to break down the door: they dare not act without it.
The emperor was silent for many minutes. On his face his ministers saw sadness but not anger, lament but also love. What was going on? Eventually the emperor spoke. “Leave the prince and his apartments alone. If he is ready to rule, he must be allowed to act. His will and my will are as one.” The ministers were not at all sure just what this meant, but the message was clear. They were to do precisely nothing.
So the day passed. The emperor remained in his private apartments. Those of the prince remained locked, though smoke could be seen coming out of the chimney and a fire had obviously been lit. And eventually the ministers tired of their waiting and went to bed. The important guests were expected the very next day.
Imagine now their surprise in the morning when they went to the treasure cabinet to prepare its items for display and found the precious bowl back in its place, whole again, but glistening with veins of gold where the cracks had been. Its beauty seemed all the greater. And by it the prince’s crown, a slim band now, but speaking in its simplicity of a strength, an authority all the more striking, because it had given itself away and given glory to another, but was the greater itself for it. The investiture could go ahead.
A smile of secret understanding passed between the emperor and the son whose newly scarred hands had shown him worthy to come into the kingdom.
https://philipchircop.wordpress.com/2013/11/10/the-fable-of-kintsukuroi/