Gay men have revealed the fetishes they don’t want others to know about.

XTube surveyed their users to determine and rank which fetishes they get turned most on by.

The winner was ‘partialism’, also known as a fetish for a particular part of the body. This could be anything from feet to a hairy chest.

Role play was second on the list, while narratophilia (or dirty talk) was third on the list.

The answers was collected from over 3,000 gay or bisexual men over the age of 18.

21. Transvestophilia [wearing clothing typically worn by the opposite gender] (0.65%)

If you are kinky, psychotherapists advise to share it with your partners if you already have good communication.

Also, some studies say people who do engage in kink are more likely to have positive mental health.

‘I think what kinky people do is talk more. We have to talk about our shit more than someone that doesn’t. You’re negotiating consent. That community, we, are more likely to discuss things and be open about mental health upfront. The idea of being risk-aware is also including mental health.

‘Research says we’re quite ok. However, there’s no widespread research that has yet to look at the kink community.

New calls for Kink to be added to LGBTI acronym

What do you think?

There are new calls for the letter ‘K’ (which stands for ‘Kink’) to join the LGBTI initialism.

According The Gay UK, the full all-inclusive list of initials is now: LGBTQQICAAAPF2K+

But many took to Twitter to respond with confusion to the addition of ‘k’ to the list.

Some called out the fact kink is not a sexuality or a gender identity.

Vonny Leclerk said: ‘There’s now a K for Kink in the LGBT+ acronym. Really? Is kinkiness now viewed as a sexual orientation?’

Twitter user Sister Outrider wrote: ‘Just no. [It] is not a sexual orientation. People with sexual kinks do not face any structural or systematic discrimination as a result of those proclivities.’

‘Isn’t Pride all about celebrating who you have sex with?’

Previous forums on the subject also discuss the appropriateness of adding kink to the acronym.

On a previous MacRumors forum, one user wrote: ‘The queer community is already incredibly sexualized.’

‘One major problem I have with including kink in the LGBTQ+ community is it makes LGBTQ+ spaces inappropriate for minors. LGBTQ+ youth need safe spaces to express themselves and any struggles they may be facing as a result of their identity,’ they said.

Then another said: ‘Isn’t Pride all about celebrating who you have sex with?’

What do you think? 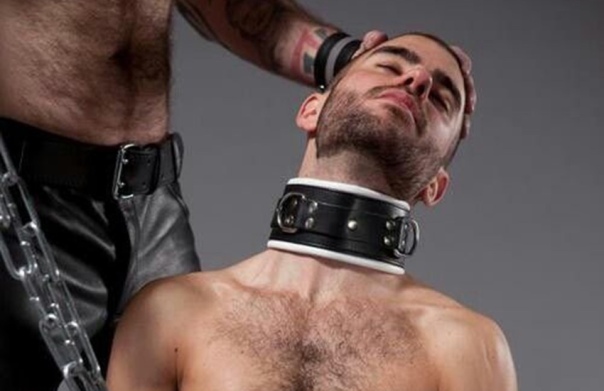 A new study has surveyed the porn-viewing habits of 821 gay, straight and bisexual men from across the US, and the results are very revealing.

Dr Martin J Downing, the lead researcher, was surprised to find how 21% of men, who say they only had sex with women, would watch two men having sex together on screen.

Downing said this proves bisexual men are not ‘watered down gays or heterosexuals’.

‘[Bisexual men] are more like heterosexual men in some things, and more like gay men in other things, but that’s a reflection of their own unique attractions,’ he wrote in Archives of Sexual Behavior.