“There was an escalating feeling that the police weren’t finding what they were looking for. They knew they couldn’t find anything. They were getting angry.”

In the early hours of 7 August 1994, Victoria Police raided Tasty, a nightclub in Melbourne’s CBD with a predominately queer clientele. Hundreds were strip-searched under the pretence of a drug search. The police didn’t find a thing.

Ron Van Houwelingen is now a Melbourne LGBTI activist, but in 1994, he was a 27-year-old hospitality worker and Tasty regular. “You went down a laneway and the thumping music would get louder. It was a place for gays, lesbians, trans people, drag queens, artists – it was a place for freaks!” He describes the mood at Tasty as one of euphoria, of celebration. “We’d survived the ’80s, losing our friends to HIV. This was the start of something else.”

The venue managers had been tipped off several weeks prior that there would be a raid, but according to Van Houwelingen, no one had anticipated its scale. “Before it happened, it was just another fun night. The bar staff seemed apprehensive but the party went on.

“I happened to be in the ladies toilets, about 2am, with a friend having a chat. Suddenly we heard sirens and a female police officer stormed in and immediately separated my friend and me.”

What happened next was an ordeal that went for hours. Each of the 463 patrons at Tasty was made one-by-one to strip and bend over for Victoria Police to perform a search.

“I was one of the first to be stripped”, said Van Houwelingen, “but there were a couple of hours before of just standing with our hands against the wall, waiting to be searched. Anytime you got tired and your hands would slip, an officer would yell out: ‘Hey faggot! Hands back on the wall!’”

There was an added level of humiliation for Tasty’s drag queens and trans patrons, who were also forced to undergo a full strip-search.

By the time everyone was out of the club, a group of patrons had already begun planning their next move. Among the group was Melbourne lawyer Gary Singer, who mobilised activists to meet at LGBTI radio station Joy FM’s studios the next day. “We knew it was wrong, so we started the ball rolling, making some noise”, said Van Houwelingen.

The media backlash around the event was an embarrassment for the Kennett government at the time. There was disbelief in the LGBTI community and the wider public. Singer led a successful class action for some 250 Tasty patrons, on the grounds of false imprisonment and assault, winning each $10,000.

Tasty wasn’t the last time police assaulted queers in Australia. Last year, NSW police assaulted Jamie Jackson Reed, a young gay man attending Sydney’s Mardi Gras. The incident was followed some days later by a march of 1,500 people to a Sydney police station, against police brutality. Police around the country now routinely employ gay and lesbian liaison officers, but it’s clear from recent incidents like the one involving Jackson Reed that these liaison officers are nothing more than pinkwashing.

The police have a long history of terrorising the queer community. The first Mardi Gras itself was a political protest commemorating the Stonewall Riots. Although the protesters had originally obtained a permit to march, this was revoked, and the police violently suppressed the demonstration, arresting 53 people.

For many decades, day-to-day harassment of LGBTI individuals was par for the course. As homosexuality was widely criminalised until the 1980s, many men who were arrested for homosexuality still have that charge listed on their record.

Recently, Victoria Police apologised for the Tasty raid. While Van Houwelingen welcomed the apology, he had mixed feelings.  “Why has it taken 20 years?” More than an apology, the best thing to have come out of Tasty is the lesson that our strength lies in our ability to struggle collectively. For the patrons at Tasty, collectivity was something learned through the AIDS crisis. “AIDS was the reason we became active. There was a general camaraderie based on lost members of the community, lost friends. We were already a wounded community, but that gave us our strength.” 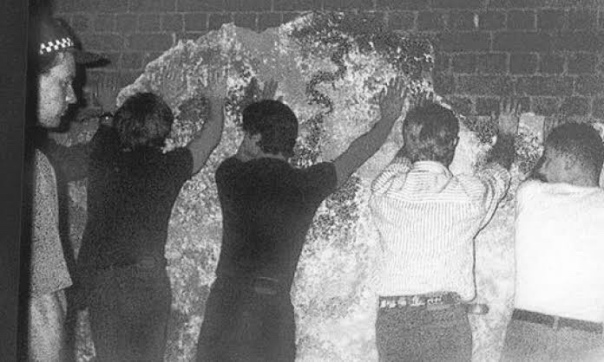 Victoria Police has apologised for the “extreme” and “disturbing” 1994 Tasty raid in which more than 450 patrons at a Melbourne gay club were strip-searched.

Acting Chief Commissioner Lucinda Nolan apologised on behalf of the force on Monday night to coincide with the 20th anniversary of the raid this week.

“The events that took place that night caused distress to people and had a significant impact on the relationship between Victoria Police and the wider LGBTI [lesbian, gay, bi-sexual, transgender and intersex] community,” Acting Commissioner Nolan said.

“It is therefore appropriate we extend a sincere apology to the community members who were affected by the events on that night and also to the broader LGBTI community for the impact this event has had on our relationship over the past two decades.”

The apology took place during a meeting at the Victoria Police Museum with the police’s newly established LGBTI community reference group.

It was the morning of August 7, 1994, when the music died, the lights went on and, according to witnesses, police ordered the “faggots” to put their hands up.

The victims were not criminals, but clubbers targeted during a questionable drug raid.

The 463 patrons in Tasty Nightclub in Flinders Lane were subjected to a terrifying and humiliating strip search.

It was a political nightmare for Victoria Police and premier Jeff Kennett, who denounced the raid as “extreme” and “disturbing”.

A successful class action by about 250 patrons for false imprisonment and assault cost the state $6 million.

The class action was led by lawyer and former Melbourne deputy lord mayor Gary Singer, who was at the nightclub when 40 police burst through the doors.

He was one of first to receive the apology at the private function on Monday night.

“It’s never too late and 20 years is not a long time when it comes to governments or bureaucracies. This is the beginning of a new chapter and we are seeing the police force recognise they need to deal fairly with various sections of the community.”

Mr Singer led the class action on behalf of Sally Gordon, who was awarded $10,000. Other cases were settled for the same amount.

“We wind the clock back 20 years and they [Victoria Police] certainly weren’t doing anything then. We fought that case and it was a very difficult case to fight. It went on for six or seven weeks and every police witness gave a version of events that simply wasn’t true.”

Shaun Miller was also there during the raid.

“Even though it was 20 years ago, I still remember the lights going on,” he told LGBTI publication Melbourne Community Voice.

“I remember what the police said, I remember being strip-searched – the whole thing.

“In my view, the police apology is genuine and sincere and a wonderful milestone in the road to improving the relationship between the LGBTI community and the Victoria Police.”

Another vocal victim was pyjama king Peter Alexander: “The fact that innocent people in their hundreds were stripped and humiliated still haunts me and reminds me that we have to keep check on people in authority.”

Acting Commissioner Nolan said while the force has made “great strides” in the recognition and celebration of gender and sexual diversity, there was “still work to be done”.

“We know there is under-reporting of homophobic, biphobic and transphobic incidents and offences. We understand that in order for these reporting rates to increase, the LGBTI community needs to have confidence that their reports will be taken seriously and their complaints will be treated respectfully.

“We are committed to ensuring that every LGBTI Victorian has a positive experience with our organisation, whether they approach us for help, see us in the street, or indeed work within our ranks or aspire to do so.” 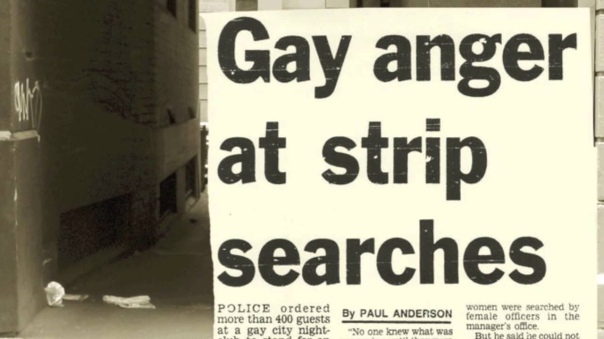