For many of his generation and beyond, Lex Watson was the face of gay activism in Sydney.

For many of his generation and beyond, Lex Watson was the face of gay activism in Sydney. He was a foundation member of the Campaign Against Moral Persecution (CAMP), the organiser of the first gay rights demonstration in Australia, a longtime passionate advocate of homosexual law reform and of anti-discrimination legislation, a pioneer AIDS activist, and in later years, a keen advocate for the preservation of gay community history. 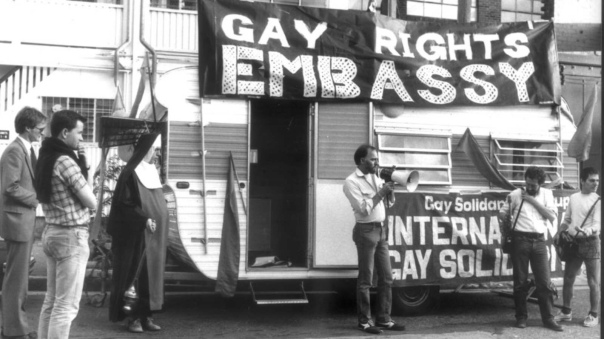 Alexander Watson was born in Perth on January 29, 1943, the son of Alec Watson, a medical practitioner in Geraldton, and his wife, Margaret (nee Newnham), a nurse. Lex started his education in Geraldton, then the family settled in Perth, where Alec became a well-known surgeon.

Despite his parents’ wish to place him at Geelong Grammar, or the King’s School in Parramatta, Lex was determined to go to Perth Modern. There he developed a lifelong love of languages, particularly German, and music, again particularly German, from Beethoven to the present day. At school he acted in Gilbert & Sullivan productions, directed by a teacher who remarked that he was ‘‘rather self-confident and arrogant’’, an observation often to be made of him throughout his life. 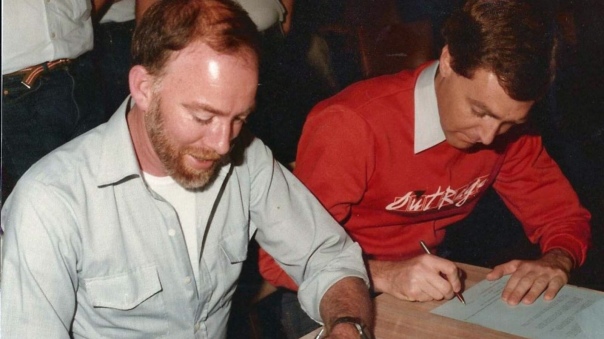 At puberty, Watson’s parents gave him a booklet on sex that contained a small non-judgmental paragraph on homosexuality. ‘‘So that’s what it is called,’’ he thought. He then looked up homosexuality in the school library, but all the texts he consulted talked of disease and perversion. Watson’s response was, ‘‘Why, they’ve got it wrong!’’ but it was a defining moment in his life.

Watson won a scholarship to the University of Western Australia, where he started in 1960. He did an arts degree and studied history and philosophy He read John Stuart Mill, whose classic liberalism became the touchstone of his life and later activism. He later became a supporter of the Council of Civil Liberties.

For his honours year, Watson transferred to the government department at the University of Sydney. It was there that he worked for the remainder of his academic life, teaching Australian politics to hundreds of students, many of whom became academics and political activists themselves.

The homosexual law reforms in Britain in 1967 sparked Watson’s interest and he became involved with reform in Australia because ‘‘it was needed and therefore you did it’’. He was in Canberra in 1970 on the weekend of the formation of the ACT Homosexual Law Reform Society and joined up. He then attended a public meeting in Sydney, organised by the Humanist Society, which formed a HLR sub-committee, which he became a member of. 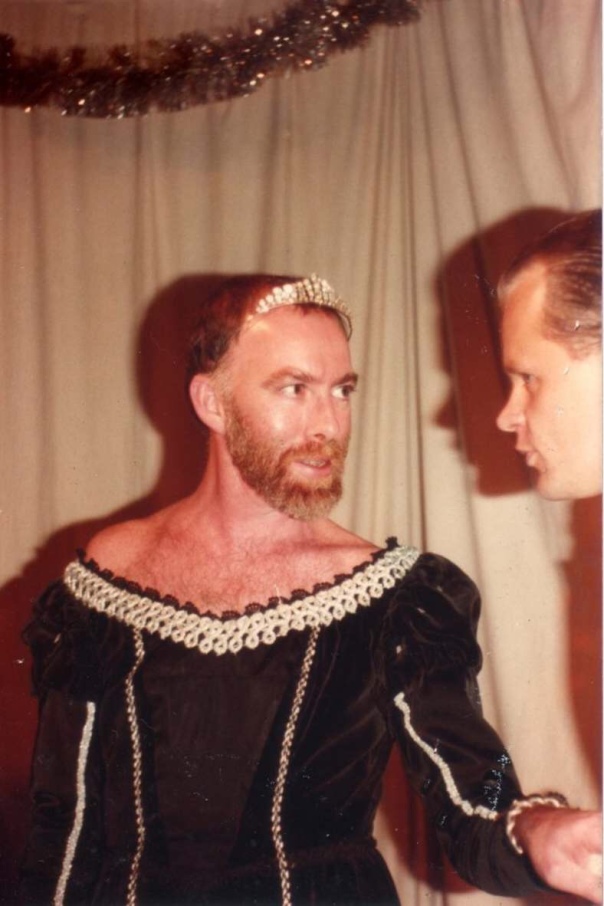 Lex Watson as the Empress of Sydney in 1982.

These moves, however, were ‘‘wiped off the table’’ by the announcement by John Ware and Christabel Poll in September 1970 of the formation of the Campaign Against Moral Persecution (CAMP), the first openly homosexual group in Australia. Watson became a foundation member, and in early 1972, along with Sue Wills, became a co-president.

Ware credited Watson with making the organisation political, and it was Watson who organised the first gay demonstration, outside the Liberal Party headquarters in Ash Street, Sydney in October 1971.

Watson, as an academic, had contacts in the Liberal Party and got to hear of the challenge that conservative Jim Cameron was to bring against the federal pre-selection of Tom Hughes, after Hughes as federal attorney-general had raised the issue of homosexual law reform.

One of the major achievements of CAMP under Watson and Wills was highlighting the dangers of aversion therapy and psycho-surgery as then practised against women and homosexuals. That homosexual people then began to cease consulting practitioners for a ‘‘cure’’ for their sexual orientation was a triumph for CAMP.

Watson and Wills resigned from CAMP in October 1974 as the organisation concentrated more on its phone-counselling services.

Watson continued his activism and advocacy through newspaper articles in the gay press. In 1976 he, memorably and courageously, appeared on the ABC’s Monday Conference program in Mt Isa. Some of the audience were hostile, one member even pouring a bottle of sewage over his head. Watson maintained his composure throughout and won over the audience.

With the assistance of fellow academic and activist Craig Johnston in 1980, Watson approached Barrie Unsworth of the NSW Trades & Labor Council after the University of Sydney staff union had passed an anti-discrimination motion in relation to gays and lesbians. Unsworth was receptive and had a similar motion passed in the council. The move was the beginning of Gay Rights Lobby (GRL) and a new push for homosexual law reform in NSW, as well as support for a bill to incorporate homosexuality under the terms of the Anti-Discrimination Act.

Watson, in a dispute over tactics and his administrative style, fell out with GRL but that did not stop him and his fellow activists continuing to work together. After the police raid on Club 80 in 1983, it was Watson who suggested that the activists sign statutory declarations admitting to having committed buggery and to present them to the vice squad, seeking arrest. Watson was one of the first to present but the police had been forewarned and refused to make arrests.

He was a member of a delegation to premier Neville Wran in May 1984 on the morning of the introduction of his Private Members Bill to repeal the ‘‘buggery’’ provisions of the NSW Crimes Act. Watson attempted to persuade the premier to introduce an equal age of consent clause and when Wran refused, he argued for the inclusion of protections for persons between the ages of 16 and 18 years, which Wran enthusiastically agreed to. A new clause had been typed onto the bill when it reached the floor of the Legislative Assembly that day.

In 1982, the Chameleons social group had crowned Watson ‘‘Empress of Sydney’’, the first time for someone from outside the ‘‘drag’’ industry. He was proud of his only appearance in ‘‘drag’’, sporting a black velvet strapless gown. He wore the gown to the ‘‘Gay Embassy’’, a caravan that had been set up in front of the premier’s house in late 1983 as another move to push the law reform agenda. The embassy had been Watson’s idea.

Watson became aware of the problem of HIV/AIDS in 1982. He later became involved in the disputes with the Blood Bank, pointing out that the only solution to the implementation of sound public health policy relating to HIV was for the medical profession to engage in a dialogue with the gay community. He, and others, set up the AIDS Action Committee which, following federal government funding, morphed into the AIDS Council of NSW, of which Watson became the first president.

Watson later stepped down as president although he stayed on the committee. Truth to tell, he was not the greatest of administrators. He operated best as an individual activist, always sharp and on-message.

For many years Watson was also a block captain of marshals at Mardi Gras parades. In 2010, ACON awarded Watson and Wills their GLBTI Community Hero Award marking the 40th anniversary of the formal foundation of CAMP, and they were thrilled to ride up front in the 2011 Sydney parade.

After retirement from the University of Sydney, Watson became involved in the Pride History Group, Sydney’s gay and lesbian history group. He was president at the time that he died, assisting in the organisation of a history conference, set for November, on homosexual law reforms, his major life’s work. The conference will be dedicated to his memory.

Lex Watson is survived by his sister Wendy, brother-in-law Richard and nephews Nicholas and Ben and their families.