Back in my dim, dark past I was picked up one night in the Midnight Shift by a very cute guy. Nothing odd about that…until he took me to the back of the bar and introduced me to his boyfriend. The intention was obvious, they were both good looking men…and I didn’t say no. The sex was great and both guys seemed quite at ease in the threesome situation, and I stayed the night. However, the next morning was a real eye-opener…over breakfast, things took a real turn to the dark side…and I was caught right in the middle of it…with no idea what to do. Graeme…the guy who had picked me up the last evening…was relentlessly verbally abused by his partner, Peter. It was as though I wasn’t even there, as the abuse went on around me, and needless to say, it was a very uncomfortable breakfast. It seemed that Graeme could neither do, nor say, anything right. I never witnessed any physical abuse, but you could feel it underlying the verbals. Peter ordered Graeme to drive me home, and said he’d be timing it. I felt so bad for Graeme, as he was a really lovely, gentle guy. We got to my apartment building and I asked him if he would like to come in for a coffee…but he stated the obvious! If he wasn’t home in the allotted time, he’d cop it. A number of months later, I ran into Graeme in my local watering hole. The whole puck-up thing happened, though this time he was on his own. When I questioned what was happening with Peter, he said they’d parted company. I mentally breathed a sigh of relief. Graeme and I then went on to have a fuck-buddy thing for about 4 years. Last time I saw him…about 20 years ago now…he was in a happy relationship with another guy. I all my years on the gay scene, both amongst a large, close social circle, and in my day-zoo-day picks ups, fuck buddies and one night stands, that was the only incidence of gay domestic violence that I’ve ever encountered. However, it made me very aware of its existence, and how it can be so easily covered up just by presenting the normal semblance of a relationship. It did make me wonder just how much could have been going on amongst those I did know.

Domestic violence has become a “silent epidemic” in the gay and lesbian community despite being the subject of increasing scrutiny in heterosexual relationships, according to the AIDS Council of NSW.

Roughly one in three lesbian, gay bisexual, transgender, and intersex (LGBTI) couples experience domestic violence. Those statistics are echoed among the general population.

After years of fighting to prove their love is valid, LGBTI victims of domestic violence can feel like they are in another closet, making it harder to get help.

Russ Vickery was six months into his first gay relationship when the violence began.

“We went out for dinner and then drinks at a local pub … he got angry about something and the night ended with me having a broken nose,” Vickery says 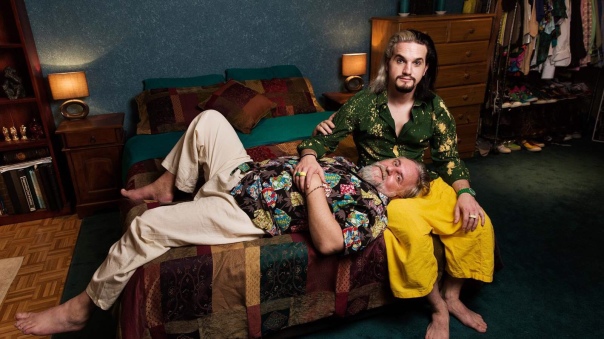 Same-sex couple Russ Vickery (L) and Matthew Parsons have both been in domestic violence situations in their previous relationships. CREDIT: PAUL JEFFERS

“After the first time he was very apologetic and it was never going to happen again.” But it did happen, again and again over a period of five years, culminating in Vickery being thrown down a set of stairs at home in front of his children.

The smallest of triggers would set off a torrent of abuse, like the time he left the do not disturb sign on a hotel room door.

“When we returned, the room hadn’t been serviced for towels and so he flipped out and threw champagne, strawberries and chocolate across the room. I spent the night crying in the parking lot.”

Parsons had no control over his own finances either. The final straw came when his partner knowingly withheld from him the few dollars he needed to purchase lunch.

“I thought, you don’t even think of me as human, I’m just your play thing. That was a really horrible realisation to come to.”

It took both men years to realise they were experiencing domestic abuse, which is little talked about in the LGBTI community.

“He kept telling me that when two men get involved in a relationship, things turn physical,” says Vickery, who had been in a 17-year marriage prior to coming out. “I had no barometer so I just assumed that was how it worked.”

Parsons says the gay and lesbian community has spent so long trying to prove their love is valid, they are afraid to ruin it by admitting domestic abuse occurs.

“There’s an unspoken fear that if we start to tell the mainstream community that actually sometimes our relationships are toxic and horrible and abusive, then that will be used against us to say, ‘see it’s all unnatural and a sin anyway’.”

Vickery likens it to coming out a second time.

“A lot of people ask me why I didn’t leave [sooner] … but I’d come out and told everyone it was a wonderful thing. I didn’t want to come out again…”

And because same-sex domestic violence “doesn’t look the same” as in heterosexual relationships, people don’t always recognise it, Parkhill says.

Unique to LGBTI victims is the fear the abusive partner will “out” them to family, friends and work colleagues, or reveal their HIV status.

Within the LGBTI community abuse is more frequently reported by women and transgender males than by gay men but Parkhill says more research is needed to determine the full extent of the problem.

He applauds the naming of Rosie Batty as Australian of the Year which has already raised the profile of domestic violence in the community, but says “the silent epidemic within this public profile raising is how that plays out in relationships that aren’t perceived as ‘the normal’.”

More needs to be done to raise awareness of domestic violence in gay and lesbian relationships, Parkhill says, and more government funding is needed for LGBTI-specific support services.

Matthew Parsons remembers calling a domestic violence hotline only to discover it was run by a Christian organisation.

“They were very unhelpful to say the least and I thought from that experience there wasn’t help out there, which isn’t true,” he says.

He eventually found help through the website Another Closet and counselling which encouraged him to do a “pack and dash” – fleeing while his partner was out.

The stair incident was the catalyst for Vickery to leave, but it still took him a year to come to terms with the relationship loss.

The men have been together now for four years and finally know what it is like to feel happy and safe.

Drawing on those experiences, they co-created a highly acclaimed cabaret show My Other Closet about domestic violence in gay relationships, for the Sydney Mardi Gras festival in 2013 and have plans to revive the show in Melbourne.

“[Our] horrible relationships … taught us both everything we never want to have in a relationship again,” Parsons says.

“We want to turn our negative experiences into a positive and put the message out there … that abuse is abuse and it’s the same in any relationship.”