Despite notes on the Scaddan family tree that “Happy Jack” Scaddan was the Prime Minister of Western Australia, he was, in fact, Premier. 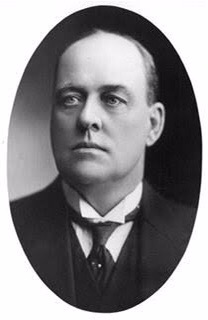 ﻿John Scaddan (1876-1934), miner, engine driver, premier and businessman, was born on 4 August 1876 at Moonta, South Australia, second youngest of twelve children of Richard Scaddan, hard-rock miner, and his wife Jennifer, née Smitheram, Cornish migrants. The family moved to Woodside where John attended primary school. When he was 13 the family moved to Eaglehawk, Victoria, where he worked in the mines, read widely, attended the Bendigo School of Mines part time, and gained an engine driver’s certificate. He played football and was a Methodist Sunday school superintendent.

In 1896 Scaddan went to the Western Australian goldfields and operated a stationary steam-engine at a mine. On 9 May 1900 at Boulder he married Elizabeth Fawkner, who died on 21 September 1902 of Bright’s disease. On 1 September 1904 he married Henrietta Edwards.
A member of the Goldfields Amalgamated Certificated Engine-drivers’ Union, he won Ivanhoe for Labor at the State election of 28 June 1904, when the party’s strength in the 50-man Legislative Assembly rose from 6 to 22; he had been out of work and thought he ‘might as well have a fly’. He spoke mainly on gold-mining issues, principally mine regulation and the inspection of machinery, but by 1906 began to debate more widely. In 1906-11 he was secretary of the Australian Labour Federation (Western Australian Division); in that post he helped to arrange the building of the Perth Trades Hall.

By 1909 Scaddan was one of Labor’s main parliamentary speakers, prone to make speeches of up to three hours. On 3 August 1910 he was elected party leader, succeeding Thomas Bath. His first major controversy as leader was his attack on an electoral redistribution by Frank Wilson’s Liberal government. It was alleged to be a gerrymander, but the October 1911 election was a Labor triumph.

Scaddan campaigned on a wide-ranging radical policy, largely as laid down by the 1910 State congress. His victory, by 34 seats to 16, made him the first Australian to lead a State Labor government with a substantial majority; it has never since been equalled by a Western Australian Labor premier. At 35 he was also the youngest premier the State had seen. The government’s main strength lay in the goldfields and metropolitan working-class areas. In almost five years, the eight-man cabinet saw only one change of personnel.

Scaddan was also treasurer; he led a reformist government which did much to aid the State’s economic development, while implementing policies benefiting wage-earners. It set up a Workers’ Homes Board, modified the arbitration system to help unionists and increased workers’ compensation benefits. It abolished secondary-school students’ fees, raised the land tax, and in 1912 introduced a graduated income tax, which it greatly increased on the outbreak of World War I. It also amended the laws relating to divorce, the criminal code and irrigation. Thus its relations with the rank and file were much more harmonious than in New South Wales. Scaddan’s achievements came despite opposition from the Liberal-dominated Legislative Council, which blocked or amended at least forty bills, including one to end alienation of crown land.

The government rightly saw the wheat industry’s development as the key to the State’s growth, as gold-mining declined. The area sown to wheat trebled in 1911-16, as did production.

Scaddan expanded facilities for technical advice to farmers, and greatly liberalized the lending terms of the Agricultural Bank. Railways were built at the highest rate—239 miles (385 km) a year—in the State’s history and most construction was in the wheatbelt. By 1914 Western Australia had a far higher ratio of mileage to population than any other State, but in 1914-15 the railways ran at a loss for the first time in twenty years. In the 1914 drought, which severely cut average wheat yield, Scaddan set up the Industries Assistance Board; seed-wheat, superphosphate and fodder were distributed to needy farmers. He was rewarded with a record harvest in 1915-16; however, heavy expenditure brought the government deficit to the unprecedented total of £1 million; Scaddan was dubbed ‘Gone-a-Million Jack’. He responded, ‘As if the workers hadn’t got the deficit in their pockets!’

Scaddan’s most spectacular move was to establish many state trading concerns, part of the party policy of creating ‘state socialism’. To circumvent the Opposition-dominated Legislative Council, he used executive rather than legislative methods. During the parliamentary recess of 1912 he spent £100,000 from the loan suspense account to set up these enterprises, principally the State Shipping Service with the purchase of four steamers. By the end of his term the government had also set up a brickworks, an agricultural-implement works, sawmills and a fishing business, and entered every phase of the meat industry from breeding stock to the retail trade. It had taken over Perth’s tramway and ferry system, and ran a dairy farm, abattoirs, a quarry, and hotels.

Scaddan’s was a doctrinal approach to specific problems. The shipping service was to prevent northern pastoralists exploiting southern meat consumers through a shipping ring. The sawmills supplied sleepers for the transcontinental line and developed unused forest resources. The brickworks countered a price-fixing racket and provided cheaper, better bricks for workers’ homes. The agricultural-implement works were in response to farmers’ complaints about costly machinery. Dissatisfaction with Perth’s private tramways was so great that some of Scaddan’s fiercest critics strongly supported his government’s takeover, the details of which he concluded in England in 1913. The dairy farm supplied unadulterated milk to hospitals and doctors testified that it saved lives.

The formation and early life of most of these trading concerns was surrounded by controversy; opponents objected to them on principle. Most had serious operating problems and their standing suffered because they had no proper accounting system. The State Shipping Service and the agricultural-implement works were the most plagued by inefficient management, losses and shoddy work, but the implement factory was defended because it helped farmers in 1915-16. Scaddan declared that profits were of secondary importance. Even the tramway purchase caused him trouble, as services barely improved. Some Labor men saw the enterprises as unemployment relief projects. Scaddan’s cabinet became angrily disillusioned that so many of the government’s employees were lazy and unco-operative and acted as if the business had been created for their benefit, rather than the community’s.


One of Scaddan’s last enterprises, the Wyndham meat-freezing works, helped to destroy his government. In 1914 he had accepted an offer from S. V. Nevanas, a London financier, to build the works at a price which departmental experts insisted was unrealistically low. Nevanas had to abandon the work, receiving compensation when the contract was cancelled. As Scaddan’s ineptitude was revealed, criticism abounded; this was significant as his majority had been cut to two at the October-November election, which saw the newly created Country Party win eight seats. Labor’s only wheatbelt member, Edward Johnston, led caucus criticism of Scaddan’s handling of the issue. He was also angry at Scaddan breaking an election promise to sell farm land cheaply. Scaddan survived a caucus crisis in the spring of 1915. Then he lost his majority when J. P. Gardiner, a Labor member, mysteriously disappeared from parliament; Johnston left the party and retained his seat as an Independent; and the Country Party fashioned an alliance with the Liberals. During the January-July recess of 1916 Scaddan remained in office without a parliamentary majority. When parliament resumed on 25 July he was defeated, Wilson becoming premier again.

Scaddan lost to one of Wilson’s ministers in a metropolitan seat at the consequent ministerial by-election, then resumed his goldfields seat. Although the new government retained nearly all the state enterprises, Scaddan was prominent in the dispute over legislation which introduced proper accounting methods and made the establishment of future enterprises subject to a parliamentary veto.

He had lost office just as the controversy over conscription for overseas military service was developing. He campaigned for conscription and his deputy Philip Collier, against. After conscription was rejected at the October plebiscite, Scaddan and Collier were confirmed as leader and deputy leader of State Labor. That party, with great common sense, tried to prevent a permanent breach between conscriptionists and anti-conscriptionists, but in the eastern States the rival factions would not compromise. When Labor’s former Federal leader W. M. Hughes and new leader Frank Tudor campaigned against each other at the Federal election of May 1917, Scaddan was forced to choose between them. He had supported Hughes’s attempts to conscript men to serve in a just war; he could not now abandon him. So he resigned from the party and Collier became leader.


Scaddan formed the National Labor Party in Western Australia, negotiated with the Liberals, and joined the National Party coalition government formed by (Sir) Henry Lefroy in June, but lost his seat in the July ministerial by-election. He was again defeated (by Labor preferences) when he stood for National Labor in Albany in the Federal election later that year but represented Albany in the Legislative Assembly in 1919-24.
Turmoil in Lefroy’s government led, on 17 May 1919, to (Sir) James Mitchell becoming premier. He chose Scaddan as a minister, but he did not re-enter parliament until 31 May, ranking fifth in the ministry. His portfolios were railways, mines, police, industries and forests. In 1920 he moved from the National Party to the Country Party, becoming its de facto parliamentary leader, although loyal to Mitchell.

Scaddan improved the means of coping with miners’ phthisis; his brother had died of it in 1915. He improved working conditions in shops, factories and mines and took steps to counter the illicit traffic in gold. One of his Acts specified rules to apply if oil was discovered. He was appointed C.M.G. in 1923.

In 1924 Scaddan rejoined the National Party and left parliament at the general election. For three years he managed Westralian Motors, Perth, and then became a stock, farm and estate agent. In 1930 he returned to parliament as representative of Maylands and in Mitchell’s 1930-33 ministry held the same five portfolios as in 1919-24. He organized Depression unemployment relief, involving sustenance payments and large camps. In 1931 when the State Savings Bank was made over to the Commonwealth Bank, anxious clients stormed the bank’s Perth office. Scaddan’s booming voice addressed them: ‘If the bank fails, you can lynch me’. They did not. He complained of the neglect of Western Australia by the Commonwealth and was on a six-man committee which prepared the case for secession. The busy minister also brought in special help to men incapacitated in the mining industry and restricted the sale of firearms.

Scaddan lost his seat at the 1933 election, partly because his party stood two other candidates against him. He now had more time for bowls, homing pigeons and watching football, as his only public office was chairman of the Perth Roads Board (1931-34). He died suddenly, of cerebral haemorrhage, on 21 November 1934 and was buried in Karrakatta cemetery. His wife, daughter and son survived him; his estate was valued for probate at £132.

Despite the controversies and changes of party, Scaddan was remembered as ‘Happy Jack’, a large, jovial man of great energy who wore a flowing moustache as premier, but was later bald and clean-shaven. Although he had once declared, ‘The Trades Hall is my Church and Labour is my Religion’, he kept a lifelong allegiance to the Methodist church, advocated temperance, and was a Freemason. A good family man, he said that he disagreed with equality between the sexes, not having asked his wife to chop the wood. As early as 1909 he opposed capital punishment for murderers. He opposed the employment of Asians in his State, but was not as uncompromising as some Labor men. His industrious, pragmatic, humanitarian approach suited a pioneering State in need of industry and development.

This article was first published in hardcopy in Australian Dictionary of Biography, Volume 11, (MUP), 1988