Social media has become, in some senses, the monster that ate itself! We all post and repost items (it happens on all, not just FB), and use status updates to vent, amuse, inform, educate, be tongue-in-cheek, and spread news. However, there are those who use it to post information on themselves that is often …more information than we want, or need, to know. If the subject isn’t something you would discuss with your parents, or over the counter at your corner store – then it shouldn’t be on FB! The miniscule, intimate details of your life…spread to everyone near or far on your friends list…can have serious repercussions on both yourself, and those commenting, even if done for the best of intentions.

This morning was a very good example. I rarely scroll through my FB feed – generally because I don’t have the time to meander – but today I did. There was a status update from someone on my (not very large) friends list, extolling their exasperation at…at the grand age of 36…not having had sex with another person for 10 years, and at their age was highly unlikely that anyone would want to have sex with him, then deriding his own body etc…you are probably familiar with this sort of thing, so get the gist. What I would call a cry-for-help update! Now, just to give this some persoective, this is someone who SENT ME a Friends request, after having seen me comment on another friends posts. I rarely accept friends requests from those I don’t know, but we had two mutual friends, and I also had seen him comment on the same friends posts, so I accepted it.

So, we are not friends…and certainly not close friends…in the true sense of the word. So, I liked the post to show that I had read it, and started a comment. I could feel some empathy for him, as I’m sort of in the same place, only 27 years further down the line, and under different circumstances. As I was typing my well considered reply – mind you, at one stage I questioned myself on whether I should reply – Messenger notified me of a message. I had messaged another friend earlier, and thought it was a reply from him, so posted my comment and went to Messenger. Imagine the look on my face when I encountered the folliwing message from the person whose post I had just commented on…”gee thanks for liking my current situation you fucking asshole! I hope you have a life if fucking misery. you deserve it you shallow asshole!”. Taken aback isn’t quite the word, and though it didn’t make me angry, it certainly cast a shadow on the day! Not only was this from someone I didn’t personally know…and would have been unacceptable from someone I knew…but from someone who, 5 minutes earlier, had been basically begging for understanding and advice! I shouldn’t have to point out that not only is this an outrageous over-reaction, it is just downright rude, and degrading! Surprisingly, I sent a very polite reply, saying I liked the post just as an acknowledgement, I had commented empathetically, and I was sorry he had taken it the wrong way.

Just above his current, abusive message was another message I had received from him…the only other message, I will point out…at 9.30pm in August…”you is sux you cooel marinated chicken dez khan with wings and dryweave. reeeeeaally?!”. What it means, what it is about, or what it is in reply to, I have no idea! I do recollect that I chose to ignore it. I really don’t know what to think of it…full-stop! Drunk, and sent to the wrong person? Who knows!

But it does prove the point. Be careful what you post, and if you do post intimate details of your life, be prepared for the fact that not everyone may be sympathetic. And an emoticon is just that! If you rule your life on what emoticons people respond with, you really do need to get a life! Social media isn’t there to be a minefield!

So, its been a few hours now, and no apology, for what is basically an abusive, bullying message over nothing, has been forthcoming. For my part, I’ll remain polite and inform him that he is now not in my good books and is, in fact…

Unfollowed, and blocked. I have just done myself a favour, and put the sun back in the day! 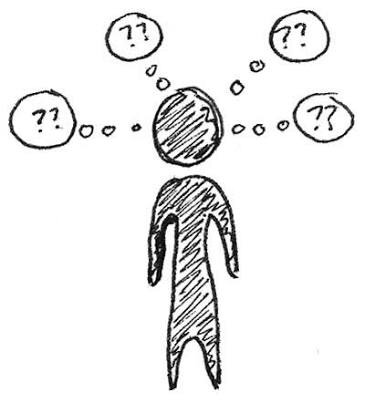