Recently, anothe member of a group I am a member of posted that, at 45 and again single, he felt that it was now so hard to meet people that he feared he was destined to never have a serious, long-term relationship again. At 60, a short two years ago, I was at the end of a 16-year relationship – monogamous on my part, polygamous on his – and churned back to my single status. I had thought -naively – that this would be the relationship that I would grow old(er) in, that may finally give me the security of home-ownership, of stability, and a sense of contentment. Being cast adrift into the sea of old age – at least as far as the gay community is concerned – has given ne cause to consider this situation exactly as that much younger man has…that I will probably never have a relationship again. It is a scary prospect, though in the gay world, not unique to me.

The one thing technology has not given us is the tools to meet people. The whole online/app approaches to dating or even attempting to meet others with views to friendships or relationships is just not happening for many of us. In a past time – not all that long ago, mind you – meeting people was as easy as planning a night out to your local pub or bar. Going out to your “local” gave you an impressive number of alternatives for how, planned or unplanned, your night could pan out. You could ring friends and arrange to meet them; go out on your own and choose to be solitary; just turn up, knowing there was a good chance of meeting people you know. Having progressed this far, the middle and end of the night also offered many alternatives, all in the atmosphere of the bar, or in the convivial company of friends. You could get pissed, go home and pass out. Or you could peruse the bar, decide the pickings were slim and go home alone. You could make plans with your friends to move on, or decide that the guy you are playing eye games with could be a bit of fun, and so you stay, buy him a drink, sit down and have a chat, and if the vibe is right, decide where to take it from there! However it did – or didn’t – turn out you, still had a set of alternatives all based around a real place, with flesh and blood people. There was potential for scenarios to happen, and you had control over them. But this us a bygone world! You didn’t have to lie about your age, or your body type, or your sexual preferences…it was there for everyone to see!

Unless you want sex and nothing else but sex, the world of online gay dating abd apps is an alien one, full of lies, deception and fakery. I spent 12-months – unsuccessfully – on them! It has left me disillusioned, feeling belittled and degraded,  and with an eerie sense of futility. It is a shallow, dishones, ageist, prejudicial, and stigmatising world! To enter this world at 60, subtract 10-15 years from your ago, drop – or lie about –  around 15-20 kgs of weight, tell everyone you are versatile, add a few centimetres to the length of your cock, lie about uour HIV status, don’t admit to any disabilities, and upload a profile photo that is a few years old. I’m not kidding! You need to invent-a-person…but it doesn’t really matter, as you are unlikely to mert anyone for a date, and anyone you invite over for sex isn’t going to be there long enough to evaluate. I subscribed to Grindr, Gaydar, Scruff, Squirt, Man Hunt, BBRT, and a HIV+ apps or sites. At the beginning of last year, I either deleted or stopped using them altogether. The list of my encounters from these “dating” services is brief, and tragic.

So, that was the sum total of my online sex life. Sending winks, woofs or anything else to other guys resulted in either being ignored, or a nice thanks-but-no-thanks. The only people who consistently contacted me were Asians and Indians, despite my profile stating I was only interested in Caucasian guys. The whole sordid affair was unpleasant, and I just breathed a sigh of relief when I gave it all away. I have since subscribed to Elite Dating Services, and Disabled Dating, but as soon as they start hassling me to subscribe – at between $25-$40 a month, I just dropped it. I’m setiously not thst desperate!

So, I am reconciled to the ageist, body fascism of the gay community. I am very fit for a 62yo, but my days of six-packs and bulging muscles are long gone. And I really don’t need to impress people that way anymore.

Oh, don’t get me wrong! I think I have a lot to offer a guy. I’m past the shallow stage of my life, and I know who I am, and what I want. I’m not dog ugly, have a full head of hair – a plus at my age, I’m still slim, and when I have the opportunity to work out, quite fit looking. I eat a healthy diet, I have a university degree (and several others), a great sense of humour, intelligent (I can hold a conversation), articulate. I’m a great cook, love entertaining, love eating out, and know a good bottle of wine. I dress well – fashionably, but not to extremes – and groom well. I’m houseproud, and collect glass and Asian teawares…all controlled collections. I love technology, have a modernist view to social issues, not bogged down in tradition, and still get the urge to throw an Ecstacy down my throat (or some acid, if I could get my hands on it) and let my hair down on a dance floor in a nightclub – though I’d rather be leaving at 1am than arriving!

So, I have it all to offer. The oroblem is, the only people I have to offer it to are friends and acquaintances! That is not going to get me anywhere, and there is no longer any other alternative. With the disassembly of the gay ghetto, there is really nowhere I can go to meet anyone. Oh yeah, I could go to places like The Bank, or Coopers…but I’d be in with a younger, and baducally straight, group. It is a true contradiction that the very community I belong to, and with a reputation for acceptance, intergeation and tolerance is, in fact, the fery community that alienates those who reach an age whereby they no longer fulfil the perceptions of youth. The straight community seems to be better placed as far as dating services go, and though sex is there, is not the defining end to getting to meet someone. Likewise, their gars are far more inclusive, and orientated to having a good time, and potentially going able to meet someone. For me to sit on my own in a gay gar these days – if I could find one I felt comfortable in – is to be ignored.

So, like many others, I’m reconciled to a life of quiet desperation. As I joked with a friend recently, I’m glad my hand is a good kisser! Short of meeting someone by sheer coincidence, it’s the single life from hereon in. Not something I am going to relish. If there us light at the end of the tunnel, it is not as yet visible to me. Though I have made the conscious decision to not let it bother me, in the recesses of my mind the doubt lingers. 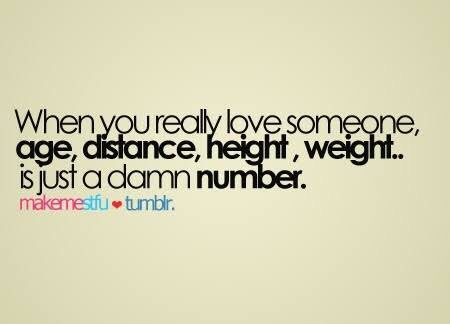