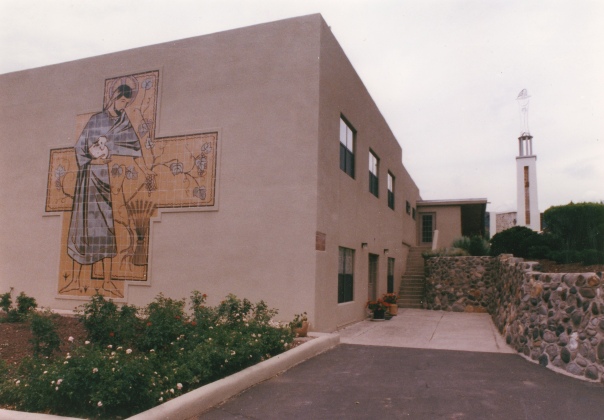 They came to a peaceful retreat in the mountains of New Mexico, bearing emotional troubles and sexual secrets.

Some had sinned with women; some, with men. Others were depressed or angry or anxious. One monk came for treatment of a foot fetish that drove him to steal socks. A priest from Africa arrived after it was discovered that he had several wives and many children.

But hundreds of the clergymen were sent to the treatment program in Jemez Springs because they had molested minors.

The public debate over the Roman Catholic Church’s handling of sexual abuse by its clergy members has focused on men like John J. Geoghan of Boston, calculating predators who appear beyond the reach of treatment.

But the history of the program at Jemez Springs, which in its 19 years of operation treated more than 500 priests and monks for sexual problems, suggests a more complex view.

In interviews, psychologists and psychiatrists who worked there said few of the clergymen fitted the image often presented in the news media.

For one thing, they said, the vast majority were not pedophiles: most had molested adolescents, not young children. In most cases, the clergymen’s transgressions were driven by confusion, fear, immaturity or impulse, not by cold calculation, the therapists said. Some of the clergymen had themselves been abused as adolescents. Many seemed to know little about human sexuality, and most initially tried to deny or rationalize their experiences, insisting that they had done nothing wrong or that their victims had benefited.

In some cases, said Dr. Robert Goodkind, a psychologist who worked at Jemez Springs in the 1980’s and 1990’s, the priests seemed oblivious that the boys they were abusing were minors. In psychotherapy, he said, they would talk as if they themselves were junior high school students, describing how they ”fell in love” or how they felt ”burned” when the boys did not return their affections.

”There was just a real absence of the perspective that this is a 30-year-old man talking about 15-year-old boy,” Dr. Goodkind said.

And while some clergymen — no one knows exactly how many — abused minors again after leaving the program, the therapists said, follow-ups indicated that many more did not. Rather, the men altered their behavior and rebuilt lives either inside the church or out.

The program at Jemez Springs, run by a small Roman Catholic congregation known as the Servants of the Paraclete, represented one of the the church’s earliest, most innovative and ultimately most controversial efforts to deal with sexual abuse among its clergy.

It was started in 1976 by two Paraclete priests, who sought to bring psychotherapy, education in human sexuality, medication and other modern tools to bear on sexual issues in the priesthood. By directly addressing sexuality, the program laid down a path later followed by other treatment centers for priests, like the St. Luke Institute in Maryland and the Institute of Living in Hartford. Experts at those centers said their experience of working with sexual abusers closely paralleled that of the staff at Jemez Springs.

By the mid-1980’s, when the case of a Louisiana priest, the Rev. Gilbert Gauthe, brought the problem to public view, the Paracletes had already treated hundreds of clergymen who had molested minors, said Dr. Jay R. Feierman, a psychiatric consultant to the program from 1976 to 1995.

But the church ended the treatment effort in 1995, when the Paracletes became mired in lawsuits over sexual abuse by priests who had been at Jemez Springs in the 1960’s and early 1970’s, before any systematic treatment program existed there. In those earlier days, priests’ sexual problems were addressed primarily through prayer, and some clergymen molested minors while visiting parishes to say Mass. The site, still owned by the Paracletes, now serves as a retreat center and retirement home for clergymen.

The abusers who came to Jemez Springs in the 1980’s and 1990’s, the former staff members said, were highly educated and socially skilled and they had more in common with university professors and social workers than incarcerated sex offenders. Few showed sociopathic tendencies, the staff members said, and the extent of their misconduct and the motivations underlying their actions varied greatly.

Still, the therapists said, every priest and monk who came to the program struggled with the challenges posed by their vows of chastity and celibacy.

Dr. Feierman said that in many cases, the clergymen lived double lives, on the one hand repressing ”sinful” thoughts and on the other, acting out sexually.

”They thought they were sinning if they entertained an impure thought,” he said, ”but at the same time they were having sex with boys.”

Priests and monks who came to Jemez Springs for treatment of depression or other emotional ills often found that their distress covered over conflicts about sexuality, Dr. Goodkind said.

”A lot of times people had been dealing with a secret inside them that they thought was quite horrible, and they had been keeping this secret for 10, 15 or 25 years,” the psychologist said. ”And after a while they just got terribly depressed and were not functional any more.”

But for all the sexual problems they saw, the therapists said they only rarely encountered pedophilia, an exclusive sexual attraction to prepubescent children.

Dr. Sarah Brennan, a clinical psychologist in Albuquerque, said that she treated hundreds of priests and monks in the 10 years she worked at Jemez Springs but that only one was a pedophile. Dr. Feierman, who studied 238 clergymen who were treated for sexual problems at Jemez Springs from 1982 to 1991, said that only a handful had molested young children or teenage girls; more than half, he said, had abused boys 12 to 17. Though his study was accepted in 1991 for publication in the Archives of Sexual Behavior, a scientific journal, it never appeared in print. The new director of the treatment program, the Rev. Peter Lechner, asked him to withdraw the manuscript, Dr. Feierman said.

He added that he now kept the paper in a safe deposit box and did not have permission from Father Lechner to discuss the study’s findings in more detail. Reached in St. Louis, where he is now the Paraclete congregation’s leader, Father Lechner confirmed that he had not wanted the report published but said it was because the study was based on the clergymen’s confidential records.

The age of the priests’ victims corresponds to the findings of other studies and to the observations of experts who have treated priests in other settings. It is significant, scientists said, because adults who become sexually involved with adolescents are considered more amenable to treatment than pedophiles. ”There’s a lot better prognosis,” said Dr. Eli Coleman, director of the program in human sexuality University of Minnesota’s Center for Sexual Health. ”It’s much easier to help someone who is attracted to postpubescent children to adapt to attractions to adults.”

Dr. Feirman said that in his view, many of the clergymen who abused older children were fixated on teenagers and were not attracted to adults, male or female. Other former staff members said that the priests they worked with were immature and confused about their sexuality, and their problem was bad judgment and a lack of impulse control rather than sexual fixation. Some priests were trying to ignore or suppress their attraction to adult men and ended up in furtive relationships with teenage boys.

Those relationships often began as fatherly bonds with altar boys or other adolescents who came to the rectory. In some cases, the boys had lost their fathers, and their mothers encouraged them to spend time with the priests and to regard them as role models.

”They would pick kids that were needy and needed things both emotionally and financially,” he said. ”They would take them on vacations, buy them clothes, buy them bicycles.”

But in a typical progression, the relationships moved gradually into touching and groping, and in some cases sexual penetration.

Dr. Fred S. Berlin, an associate professor of psychiatry at Johns Hopkins University, said complex relationships were typical between the victims of sexual abuse and their abusers.

”This is not the fox in the chicken coop,” Dr. Berlin said. ”These are often situations in which the adult has genuine affection for the child, and sadly, because they begin to feel tempted in a way that most of us don’t, they give in to temptation.”

Dr. Leslie Lothstein, the director of psychology at the Institute of Living in Hartford, confirmed that, like the men treated at Jemez Springs, most of the priests who came to Hartford after sexually abusing minors had molested older boys.

But Dr. Lothstein said that although some of the men were gay, many others were not. Some were older priests, he said, who, having entered seminary as teenagers, ”were sexually undernourished, didn’t date and never really defined their sexuality.”

Having sex with boys, he said, seemed safer to those priests than having sex with women. Other men were replaying their experience as the victims of abuse by abusing others.

It was the realization that clergymen often had difficulty sorting out sexual issues that led two young priests, the Rev. Michael Foley and the Rev. William Perri, to found the Paracletes’ treatment program in 1976.

The priests borrowed the techniques being used by sexual disorder clinics in secular settings, including focused psychotherapy, education in human sexuality, relapse prevention and, for some men, the drug Depo Provera, which reduces sexual drive.

Priests who had molested minors, Dr. Goodkind said, were sent back with the stipulation that they not be returned to unsupervised ministry with minors. They were told to remain in therapy, and follow-up visits were made by the program’s staff.

But ultimately, the decision about what happened to the men after they left Jemez Springs was made by bishops and religious superiors.

No one can say with certainty how many of the men at Jemez Springs committed offenses after leaving the program. Dr. Feierman said he knew of only 2 men who were later arrested for sexual abuse and perhaps 5 to 10 more who had been caught in suspicious circumstances. For example, he said, one priest was later seen sitting in a hot tub in his apartment complex with two teenage boys.

Father Lechner, who became director of the treatment program in 1989, said he conducted an informal study in 1992 of 89 men treated at Jemez Springs. Only one had relapsed, he said.

Still, by the early 1990’s, the number of clergymen arriving at Jemez Springs had begun to dwindle, as lawsuits over priests who had sexually abused minors made headlines in New Mexico and other states.

”The whole program became associated with ‘priest pedophiles,’ ” Father Lechner said. ”We felt that was unfair to the men who were coming there to deal with other issues like depression or anxiety.”

For his part, Father Foley, who founded the program, said he still believed in its mission.

”I believe that a lot can be resolved and healed,” he said.

”I run through the papers before I go to work in the morning,” Father Foley said, ”and hope and pray that I’m not going to recognize a name.”