I joined Acceptance in Melbourne just after coming out there in 1981 – probably an odd thing for an Atheist to do, but I had plenty of practise at being a Catholic – as a way of meeting people, and getting introduced to the gay scene. It was a very successful move, got me a nice group of friends, and gave me a great – and very busy – sociallife…and some sexual adventures! I ended up getting more involved with Acceptance than I originally intended, becoming Secretary on their committee, and being on the  fundraising working group. For a time, I was on with a member named Fred Diamond. Fred edited the Acceptance newsletter, and wrote a gossip column for it under his pseudonym Jodie A Frean. In turn, I got roped into doing book reviews for it. The interesting thing, when looking back now, is that all the books reviewed below were considered cutting-edge gay literature back then…some, like Larry Iramer’s “Faggots” controversial even! Authors like him, and Patricia Nell Warren, John Rechy, Andrew Holleran, John Reid, and John Coriolan were amongst the first to write about a somewhat subversive gay scene, warts and all. In those days, all these books would have been purchased from the Elizabeth Bookstore, in Elizabeth Street in Melbourne city. It was still an underground world in many respects. 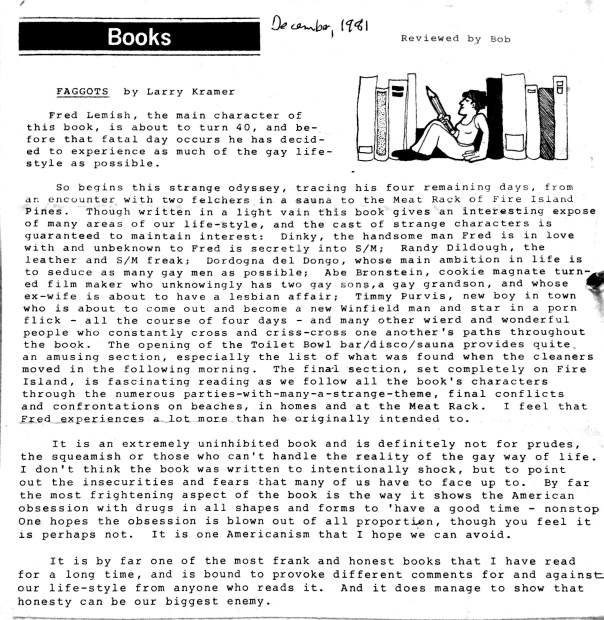 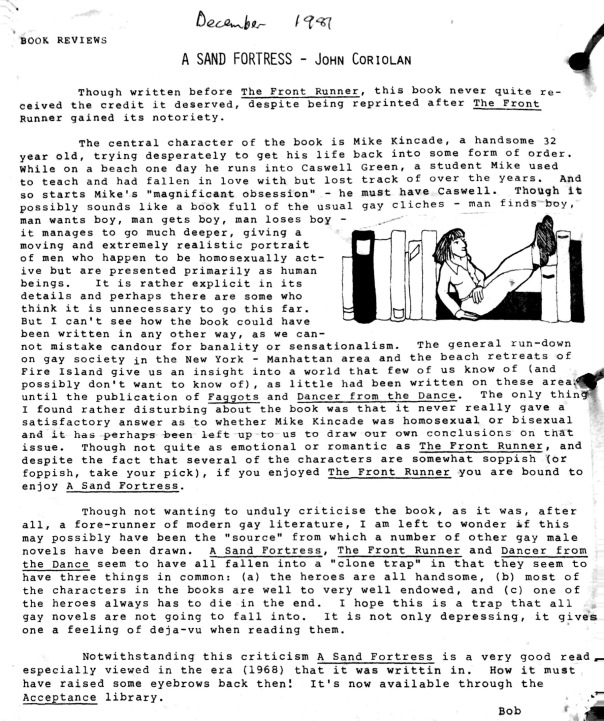 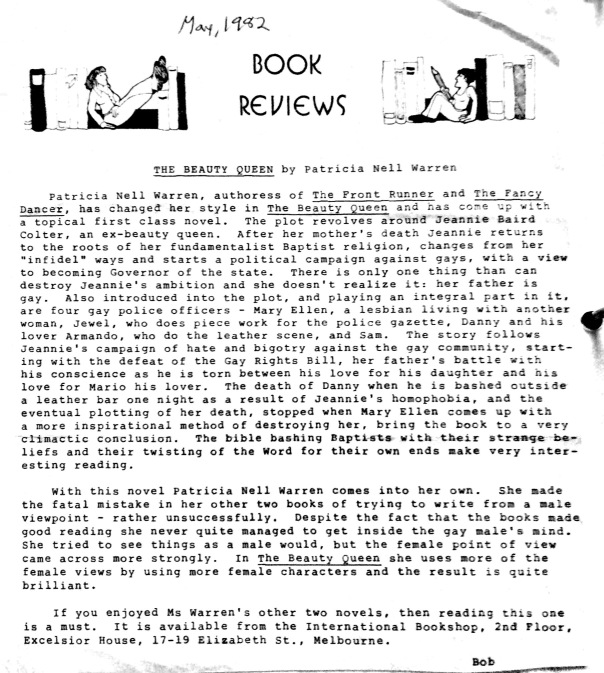 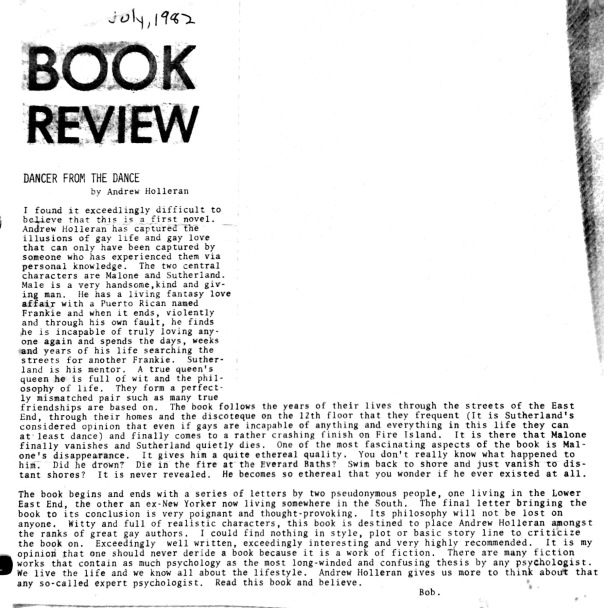